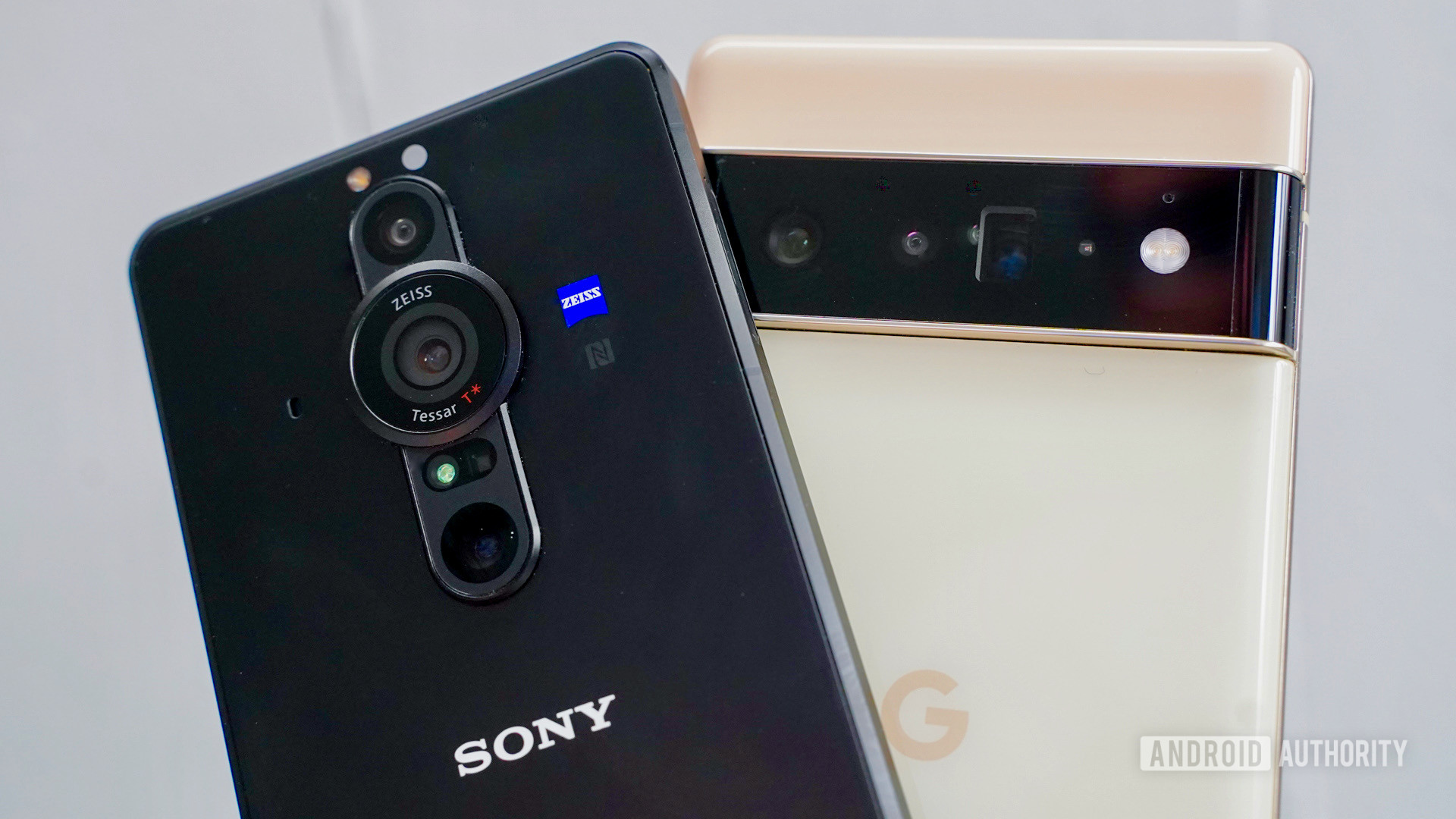 The first smartphones weren’t the photographic giants that today’s flagship devices have become. Back then, if you cared about image quality, you had to lug a dedicated camera alongside your smartphone. No more. Just about any smartphone today will deliver decent images, and some, like the Google Pixel 6 Pro and Samsung Galaxy S22 series, perform well in even the toughest scenarios. But while computational photography often gets all the attention, larger image sensors deserve just as much credit.

Not All Megapixels Are Created Equal: Why Sensor Size Matters

For years, many of us have looked at a camera’s resolution (or number of megapixels) to gauge image quality. Indeed, it was a semi-reliable metric for a few years in the early 2000s – a 5MP camera would definitely perform better than a VGA camera. However, it is no longer possible to judge a camera’s imaging performance based on its resolution alone. We’ve seen smartphones with 12MP and 16MP cameras triumph over 108MP behemoths on several occasions now.

See also: The best Android camera phones you can buy

Beyond a certain point, increasing the resolution does not bring noticeable improvements, unless you want to crop. Many mid-range smartphones offer high resolution cameras, but often produce grainier and worse results than DSLR cameras with much lower megapixel counts. This is mainly because smartphones are limited by physical space and use smaller image sensors than high-end cameras.

Given the benefits of a larger sensor, it’s no surprise that smartphone makers are focusing on improvements in this area year on year. That said, while some phones, including the Sony Ericsson Satio and Samsung Pixon 12, offered great camera sensors as early as 2009, the vast majority of handsets only jumped on the bandwagon relatively recently. With that in mind, let’s explore how the large camera sensors in modern smartphones came to be and where the industry is headed next.

It was hard to escape or ignore the hype surrounding Nokia’s N8 and 808 PureView smartphones in the early 2010s. With a resolution of 12 MP and a sensor size of 1/1.83 inch, the Nokia N8 offered better specs than many compact cameras in 2010. Nokia even produced a seven-minute short featuring some of Hollywood’s best to highlight the N8’s then-impressive 720p video recording capabilities.

For context, Samsung’s flagship Galaxy S3 of the same year had a significantly smaller 1/3-inch camera sensor. The iPhone 5’s sensor, meanwhile, was even smaller at 1/3.2 inches. Indeed, the norm was for smartphones to have tiny sensors under 1cm at the time. One-inch sensors were exclusive to DSLRs and professional cameras.

In addition to the large sensors, Nokia was ahead of its time with computational photography inside the 808 PureView.

Even though the N8 was way ahead of the competition, Nokia didn’t stop there. In 2012, the company released the 808 PureView, which featured an even larger 41 MP 1/1.2-inch sensor. Advances in processing power have also enabled oversampling, which involves combining neighboring pixels into one for better light sensitivity. If this sounds familiar, today’s smartphones feature a similar technology called pixel binning. At the time, however, Nokia’s computational photography game was well ahead of the curve.

Great camera sensors in smartphones over the years

Even though the Nokia 808 PureView was a technical breakthrough, the smartphone industry didn’t react to it until much later. A notable exception was the Panasonic Lumix CM1 smart camera from 2014. It included an even larger one-inch sensor. However, this came at the expense of a bulkier overall body compared to prevailing Android smartphones at the time.

In the consumer segment, however, improvements in sensor size would not come until late 2010s. Most manufacturers continued to ship smartphones with sensors in the 1/3 to 1/2 inches. Even Samsung’s camera-centric smartphones – the Galaxy S4 Zoom and Galaxy K Zoom – featured a 1/2.3-inch sensor, quite small by modern standards. That said, it was still larger than the 1/3.06-inch sensor of their non-zoom counterparts. Indeed, as recently as the Galaxy S10 and Pixel 5 series, around 1/2.5-inch sensors were the norm.

Chinese brands like Huawei and Xiaomi were the first to finally cross the 1/2 inch threshold. 2018’s Huawei Mate 20 Pro, for example, featured a 1/1.7-inch sensor, far larger than most other smartphones at the time. Combined with a large f/1.8 aperture, Huawei delivered better nighttime image quality than most competitors. In fact, the Mate 20 Pro’s increased light-gathering capabilities allowed it to rival the Pixel’s then-unbeaten Night Sight feature.

A decade later, Xiaomi’s Mi 11 Ultra has finally surpassed the giant sensor of the Nokia 808 PureView

In 2020, most flagship smartphones – including the Oppo Find X2 Pro and Samsung Galaxy S21 Ultra – offered sensors that were at least 1/1.5 inch in diameter. A year later, Xiaomi’s Mi 11 Ultra featured a record-breaking 1/1.12-inch sensor that finally surpassed the Nokia 808 PureView and heralded the current era of large image sensors in smartphones.

What does the future of smartphone sensors look like?

Smartphones with large camera sensors have become much more common in 2022. This is especially true in the flagship segment, where even holdouts like Google and Apple have now embraced the trend. In 2021, the Pixel 6 moved to a 1/1.31-inch primary sensor, outpacing much of the competition. The iPhone 13, meanwhile, has moved to a 1/1.9-inch sensor – significantly larger than its predecessor’s 1/2.55-inch sensor.

While smartphone image sensors hit the one-inch mark, manufacturers have to compromise elsewhere, usually in the form of a big camera bump.

Some manufacturers like Sony and Sharp have even integrated a one-inch sensor. However, it should be noted that large camera sensors often present their own set of problems.

Sony’s Xperia Pro-I, for example, has a one-inch sensor that looks great on paper. However, the smartphone’s limited physical dimensions meant that Sony could only fit a lens large enough to take advantage of around 60% of the sensor. Ultimately, the Xperia Pro-I has similar light-gathering capabilities to the iPhone 13 or Pixel 6, despite having a larger sensor on paper. Xiaomi overcame this limitation with a huge camera bump on the Mi 11 Ultra.

For this reason, the vast majority of smartphones are unlikely to feature sensors larger than an inch in diameter anytime soon. That said, we’ve already heard rumors that a Sony-made 1/1.1-inch sensor is set to release alongside a potential Xiaomi 12 Ultra later in 2022. Only time will tell if we start to see returns decreasing or whether manufacturers can find a way to adapt and take advantage of one-inch image sensors.