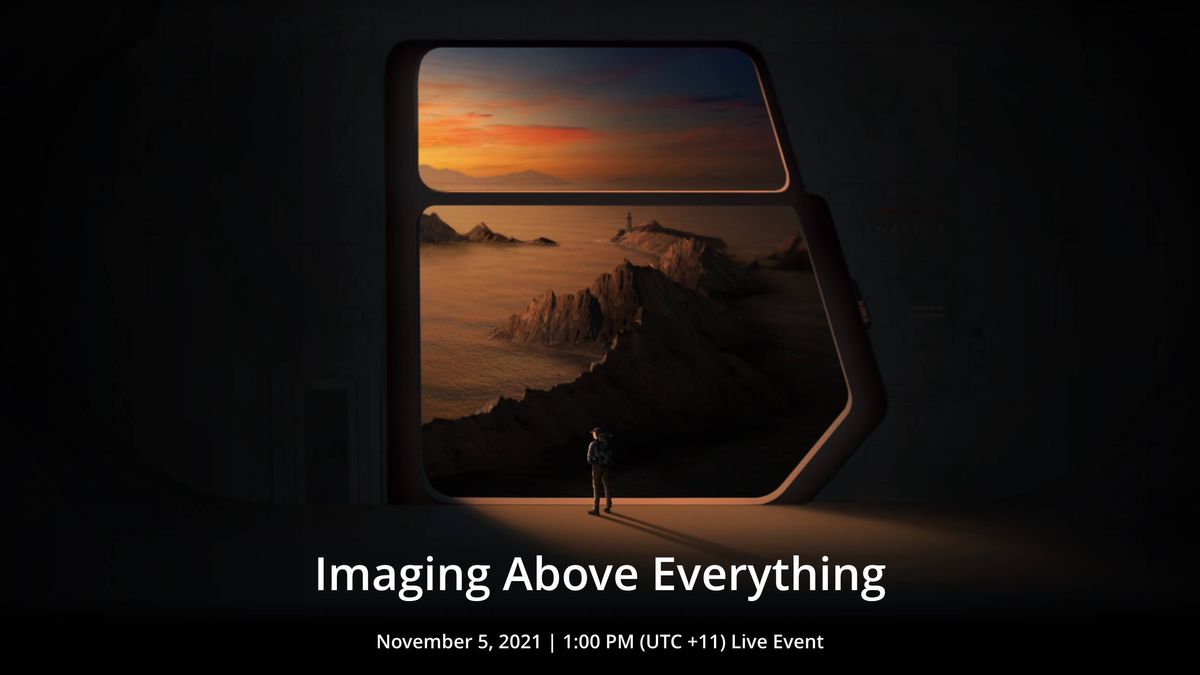 DJI’s next flagship consumer drone, the DJI Mavic 3, is now set to take off, with a new teaser confirming its launch date – but new leaks have dampened enthusiasm for its new telephoto lens.

DJI posted the event teaser below on Twitter, which reveals that a launch will take place on November 4 at 10 p.m. EDT. For those in the UK and Australia, this corresponds to 2:00 GMT / 12:00 AEST on November 5th.

There is no explicit mention of the DJI Mavic 3 in the teaser, but some clever detective work by DroneDJ has shown that by raising the shadows of the image, you can see the name of the Mavic 3 written on the wall.

Aside from that little Easter egg, the “Imaging First” teaser doesn’t add up much, other than the shape of the windows matching the Hasselblad camera design seen in the drone’s many leaks.

This window is split in half because the DJI Mavic 3 is expected to have twin cameras. Leaks suggested the main would have a large 20MP Four Thirds sensor, with a 24mm f / 2.8-f / 11 lens. This adjustable aperture would come in handy for keeping your shutter speed in the right spot in changing lighting conditions.

But above it, there will be a 12 MP telephoto lens with a 1/2-inch sensor and an equivalent focal length of 160mm – and it’s this camera that has been the subject of further leaks.

According to a prematurely published video review of the DJI Mavic 3, picked up by Kanzhaji and Jasper ellens, this 160mm telephoto lens will not have a “manual” mode, but will only allow you to shoot 4K / 30p videos in “auto” mode.

This means that the camera would have full control over the exposure, rather than letting you adjust the settings – a slight drawback in some scenarios like at night, when you might want to slow down the shutter speed rather than slow down. ” increase the ISO, for example. It would also be a bit of a weird restriction for a so-called â€œproâ€ drone.

Still, a telephoto lens with an automatic mode would still be better than no telephoto lens at all, and the DJI Mavic 3 otherwise looks like the aerial equivalent of a mirrorless camera. And we only have a few days left to know if it will actually be more than double the price of the DJI Air 2S.

Analysis: No more leaks, but the proof will be in the tests

The DJI Mavic 3 was more elusive than a colander, which means that there is now very little we didn’t know about the drone’s specs before its official launch.

But there are always little nuances, like the suggestion that its telephoto lens won’t have a manual mode, that make a big difference in how user-friendly a drone is – and it’s those little details that we’ll only properly learn when full reviews will arrive. after November 4 (or November 5 in the UK and Australia).

The lack of a manual mode would be a slight drawback for the Mavic 3’s telephoto lens, but that’s unconfirmed – and pictures show that some included ND (neutral density) filters will cover both lenses for exposure control. additional.

Will the Mavic 3 be worth this bonus? As intriguing as its leaked specs are, it’s just something we’ll know for sure when we pilot it a lot in the real world.