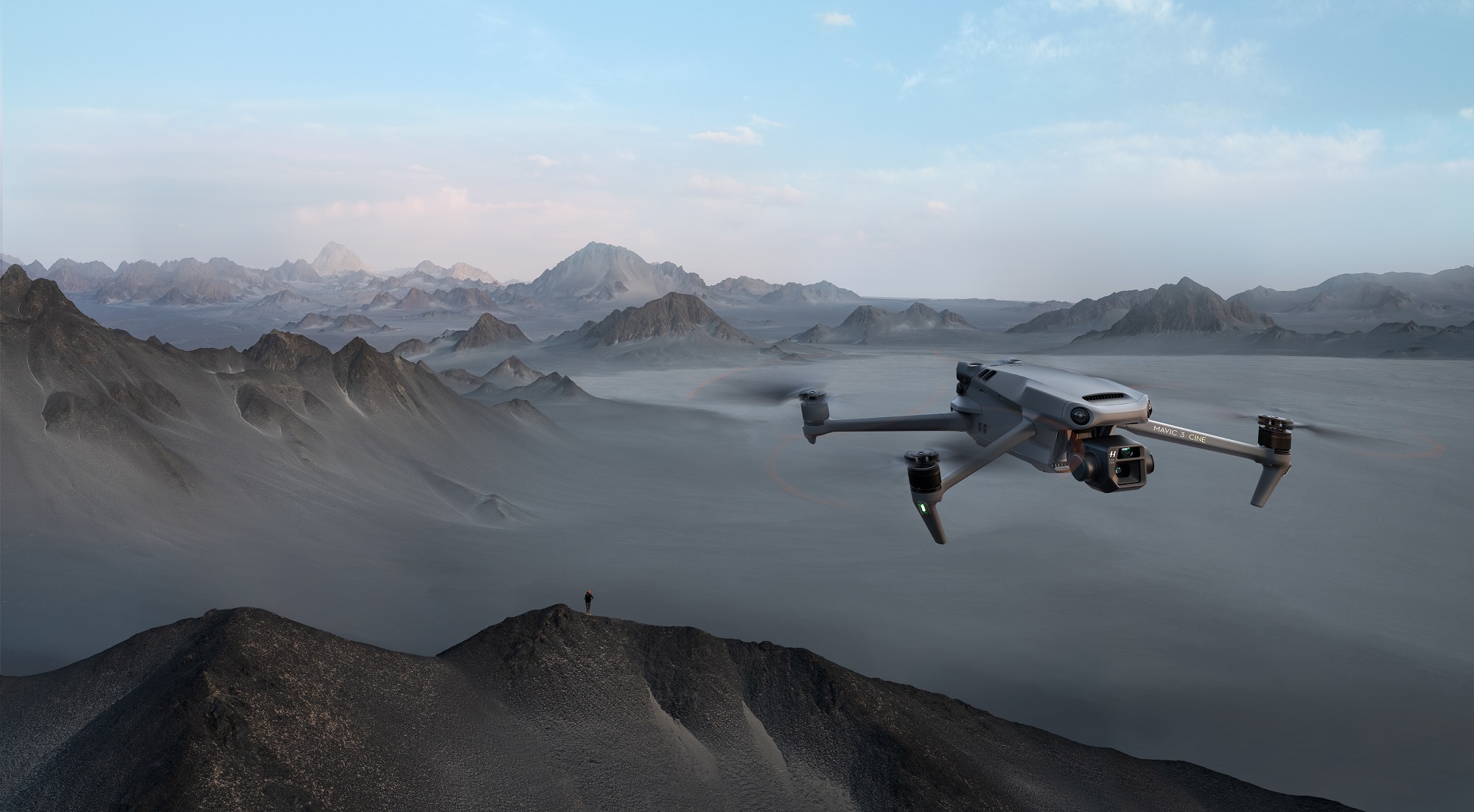 DJI has been at the forefront of consumer drone development for years, and this week the company unveiled its next flagship drone. At its third product launch event in as many weeks, DJI announced the new Mavic 3 drone. Although the look is similar to the Mavic 2 Pro, DJI says the new drone has been completely redesigned.

By far the most notable upgrade on the Mavic 3 is the dual camera system. There are now two main cameras, the first of which includes a 4/3 CMOS sensor developed alongside Hasselblad and a 24mm lens with an 84-degree field of view. DJI claims that the larger sensor allows for higher video resolution and more effectively suppresses noise in low light scenarios. The camera can capture 20 megapixel still images in 12-bit RAW format, 60 fps video in 5.1K and 120 fps video in 4K.

The second camera has a 162mm telephoto lens with a aperture of f / 4.4 and 28x hybrid zoom. DJI says its new Vision Detection Auto Focus technology allows the camera to work with all onboard vision sensors to capture distance data. This optimizes the focusing speed.

DJI says it has significantly increased the flight time. You can fly a Mavic 3 for up to 46 minutes under ideal conditions, while older drones often couldn’t last 30 minutes. The structure and components of the Mavic 3 weigh less. The shape of the arms, the body and gimbal have also been streamlined. In a wind tunnel test, the Mavic 3 produced 35% less drag than older models.

Where and how to buy DJI’s new drone

You can purchase a DJI Mavic 3 from the DJI Online Store and Authorized Resellers from today.

The standard version of the Mavic 3 costs $ 2,199 and comes with a drone, intelligent flight battery, RC-N1 remote control, three RC-N1 cables, battery charger, storage cover, three pairs of propellers. and other essentials. For $ 2,999 you can get the Fly More Combo, which includes two extra batteries, three extra pairs of propellers, a set of ND filters (ND4 8 16 32), and a convertible carry bag.

Finally, if you’re willing to really shell out, you should take a look at the Cine Premium Combo at $ 4,999. This package contains the Mavic 3 Cine drone, a DJI RC Pro, more filters, and DJI’s 10Gbps light speed data cable, in addition to everything else listed above.