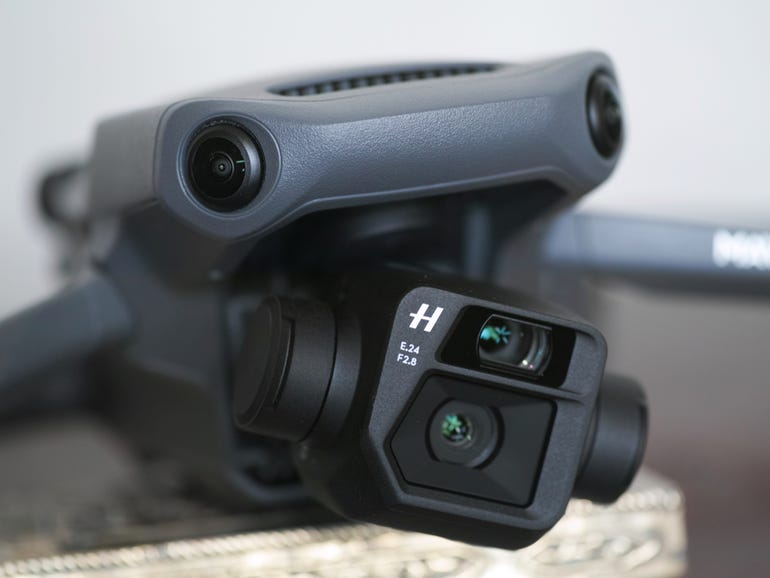 It’s been about five years since SZ DJI Technology Co., better known in the United States as DJI, unveiled the Mavic consumer drone series as a more portable means of flight.

On Friday morning Shenzhen time, DJI unveiled the latest version of the portable series, the Mavic 3, in the same foldable design, now with a dual camera system, faster motors, a 50% increase in superior flight time and detection capabilities. .

The device is on sale now on the DJI website.

DJI has slightly refined the Mavic in this new version. Takeoff weight for the standard version is 895 grams, or 1.97 lbs, and 899 grams in the Cine version. This compares to 907 grams, or 2 pounds, in the predecessor, the Mavic 2 Pro.

Interestingly, DJI produced a slimmer profile for the device when folded up, although its dimensions are larger when unfolded. The wheelbase has been reduced from 353 millimeters to 380 millimeters. The folded-up Mavic 3 is still the size of a 1.8 oz water bottle.

The second camera, the telephoto, uses a 1/2-inch CMOS sensor, with a 15-degree field of view, a focal length of 162 millimeters, and an aperture of up to f / 4.4. The tele camera is more limited in resolution. For still images, it produces 12 megapixel images in JPEG format and videos in H.264 / H.265 resolution.

Many improvements have been made to the front vision sensors, gimbal and other devices. SD memory storage capacity now exceeds the Mavic 2’s 128 gigabyte limit, accommodating up to 2 terabytes, using SDXC or microSD UHS-I format.

A “Cine Premium Combo” bundle includes the Mavic 3 Cine, more filters, and a DJI 10 gigabit per second data cable, for $ 4,999.