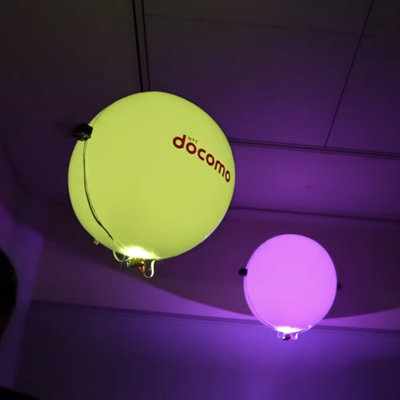 For filming training videos, TV shows, movies, and more, it would be helpful if a drone equipped with a camera could track people as they move through an environment while providing narration. This is possible with current drone technology, but hampered by the whirring rotors smothering dialogue, let alone presenting a safety hazard if they get too close.

The Japanese telecommunications company DoCoMo has come up with a solution. Their bladeless drone equipped with a camera is simply a balloon that stays in the air while being filled with helium.

To move, the drone relies on tiny ultrasonic modules that vibrate to produce a gentle breeze in one direction, which pushes the drone in the other direction. In this way, it can move on the X, Y and Z axes. It is also silent, allowing a microphone to pick up voices.

And from a safety standpoint, if the drone makes contact with an actor’s head, the worst that can happen is that their hair stands on end from the static electricity.

Drones also have built-in LEDs that allow them to change colors. This opens up the intriguing possibility that they could be used as ambient lighting; alternatively, in a place like a convention hall, they could change color to convey information (turn red in an emergency, for example). 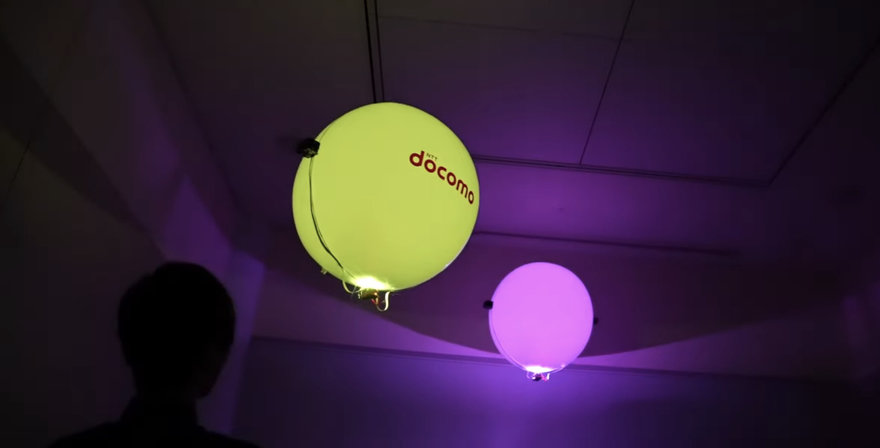 Here they are in operation: