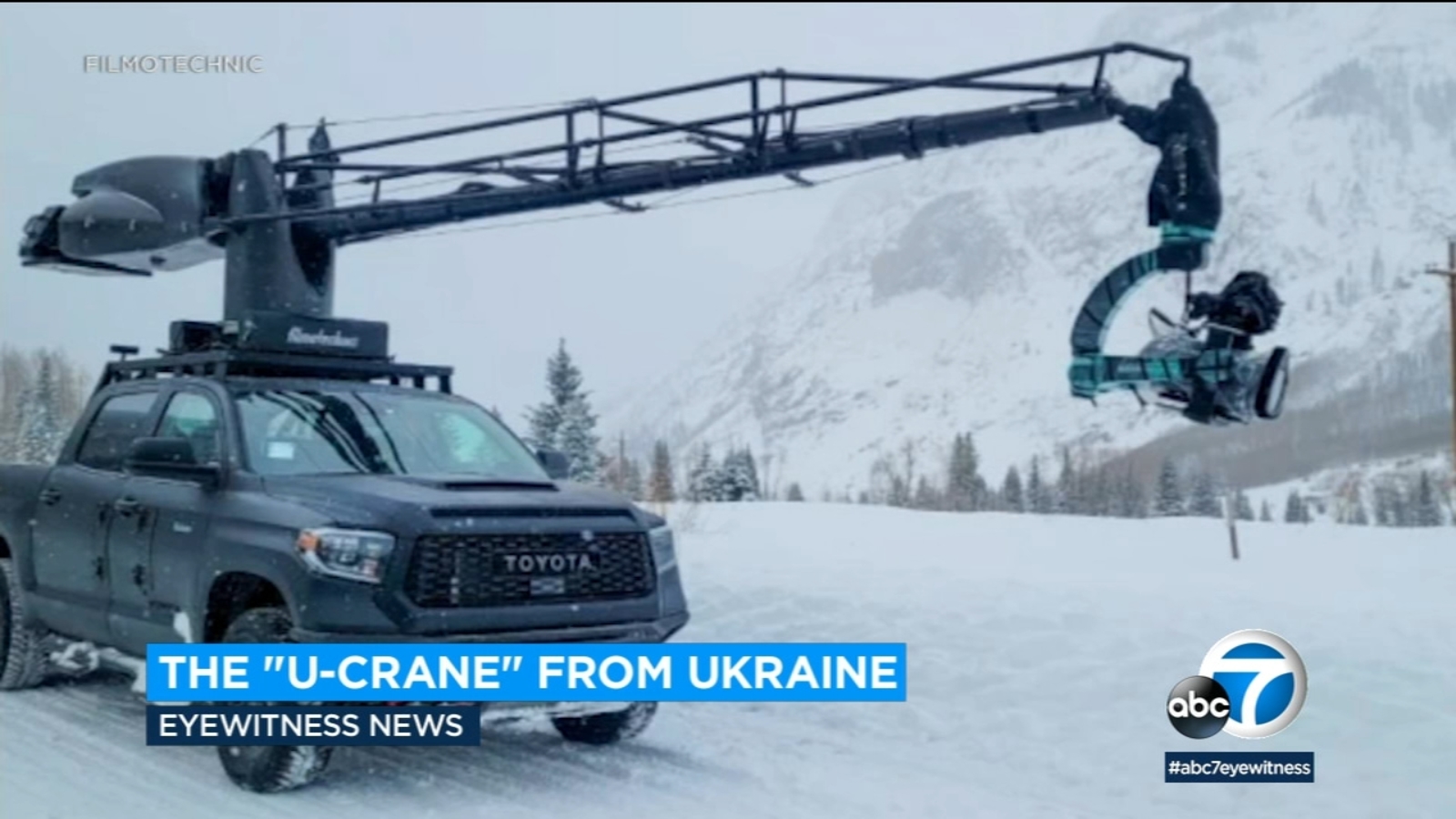 KYIV (KABC) – If you’re unfamiliar with the movie industry, you might not recognize this contraption, but you’ve probably seen a movie that used one.

It’s a crane mounted on a car and it’s used to capture complicated action shots in countless blockbuster movies.

It’s called a “Russian arm”, or so it was. The company that makes them – Filmotechnic – is based in Kyiv, Ukraine. They design and manufacture different camera systems and are popular in Hollywood.

After Russia was invaded, the company chose to change the name of the “Russian arm” to “U-Crane”.

“The NEW OFFICIAL name for filmotechnic’s world renowned system is now U-CRANE in honor of the country of origin and its heroic fight against Russian aggression,” the company wrote in an Instagram post last month. “The gyrostabilized crane system was designed and built in Ukraine by filmotechnic and will continue to be built in [Kyiv] for the coming years!”

The company showed its support for the Ukrainian people on its social media accounts.

Filmotechnic said that although the crisis in Ukraine is making production a bit difficult, they plan to continue building the “U-Cranes” in Kyiv.