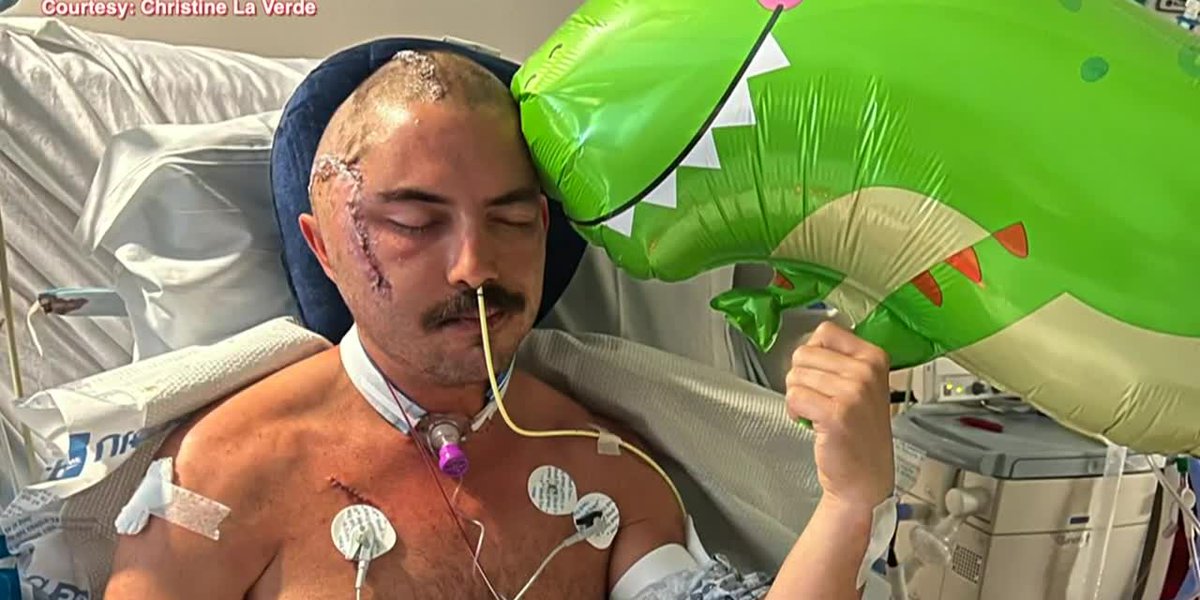 TAMPA, Fla. (WFTS) – A Florida man is on the mend after a life-threatening experience in the water.

JC La Verde was able to fight off an alligator attack, and although he will have at least one more surgery in the future, he said he was grateful to be alive.

“If you want to see this as anything other than a legitimate miracle, that’s foolish of you,” La Verde said.

His current career as a firefighter and paramedic, as well as his experience as a lifeguard in the US Air Force, have allowed him to handle stressful situations.

He didn’t know he would be the center of one.

Two weeks ago, he was shooting an instructional video for his company DefeatX.

His friend, who was shooting from above with a drone, captured an alligator estimated at 12 feet, heading straight for La Verde.

“With the right shot, all I felt was scales, teeth, and then right there I was like, ‘Oh, okay,'” La Verde said. “So what I think I did, what I felt like I did, was I immediately tried to open his jaws, because I knew I was in an alligator. “

La Verde then put her hands in the alligator’s mouth and the two struggled.

“When I felt the teeth I immediately knew, then as I opened them I knew either I was turning them or they were turning me,” he said. “But it was confused, just like I was confused, and then he just let go.”

He swam to the dock, pulled himself up and was taken to the hospital by a good Samaritan. All the while, calling 911 himself and explaining what had just happened.

“I’m not going to put extra stress on someone who’s already driving a bloody man somewhere,” La Verde said. “As if I could ease this load off this lady.”

La Verde underwent six-hour emergency surgery and will need another in the future.

Currently, he wears a helmet to protect the right side of his head.

Through it all, he remains humble and grateful.

“Find your god. Find it. It’s silly. I understand it’s scary, I do it,” he said. “But life is a scary place, so you can carry that load on your own or have someone carry it for you.”

La Verde is the 18th person to be attacked by an alligator in Florida this year.