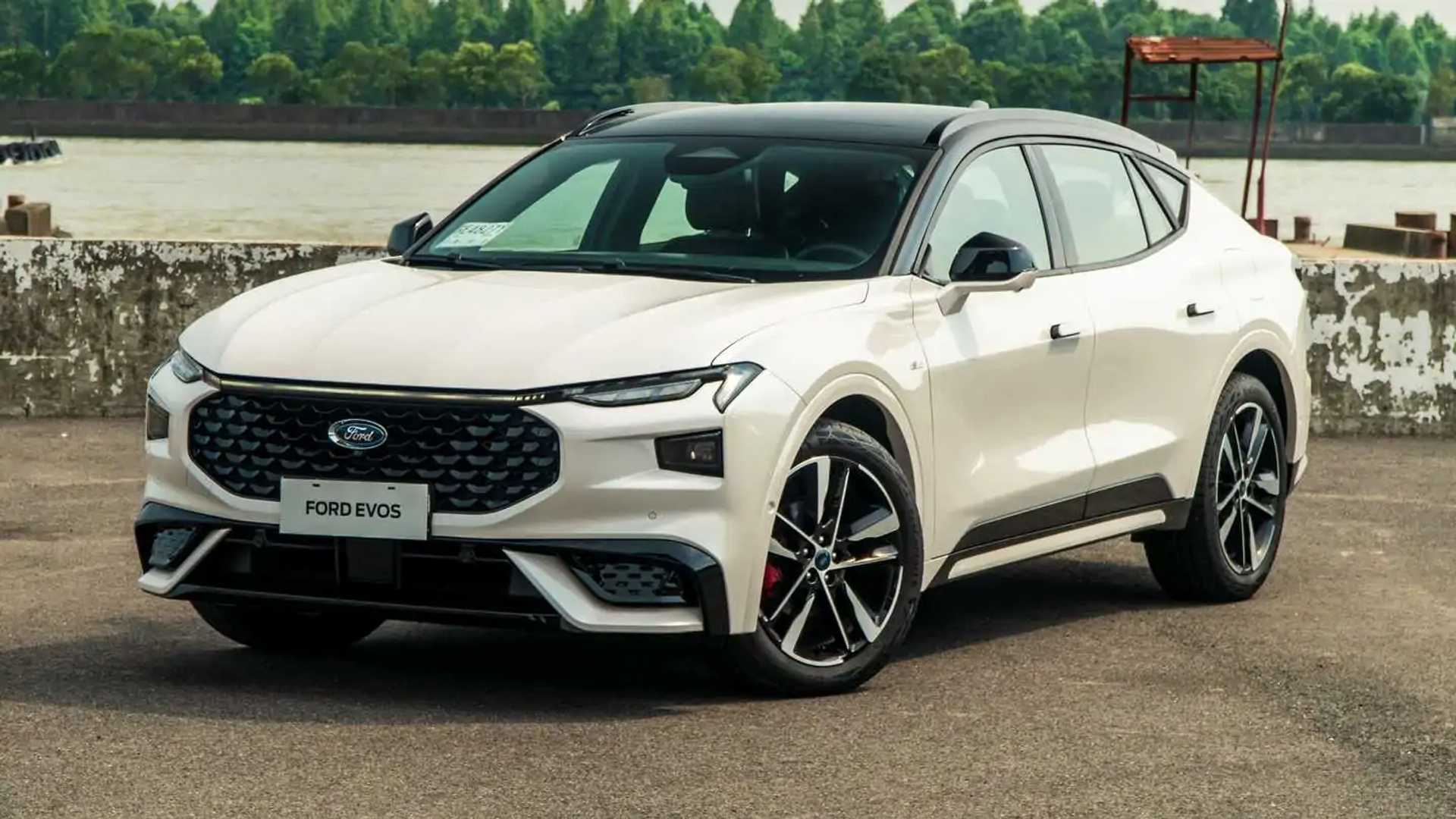 With Mondeo production ending earlier this year, Ford has effectively exited the European D-segment with no direct successor announced yet. The situation is very different in China, however, where the Blue Oval features an all-new generation Mondeo and a crossover-inspired version of the same vehicle dubbed the Evos. He made his official debut in April last year and now the team of Wheeler finally got a chance to get behind the wheel and take the model for a quick test drive.

We’re not here to judge but in our eyes the Evos is one of the most attractive new Ford vehicles in ages. The mix between a crossover, a sedan and a station wagon gives it a very distinctive shape, which is slightly reminiscent of the Citroën C5 X. Small design touches like the “undulating” grille and the full LED rear lights make the Evos look like a vehicle high end, though.

As you can see in the attached video and the exclusive photo gallery below, the exterior isn’t even the design highlight of the Evos. Once inside the cabin, there is a huge 1.1 meter (3.6 ft) screen on the dashboard. You’re probably tempted to say it’s made up of three separate screens embedded under a single piece of glass, but that’s not the case. Next to the all-digital dashboard (12.3 inches) is a 4K resolution touchscreen measuring 27 inches.

There is only one engine option available for the Evos in China, at least for now. Power comes from a 2.0-liter EcoBoost turbocharged gasoline engine, good for 235 horsepower (175 kilowatts) and 277 pound-feet (376 Newton-meters). The 0-62 miles per hour (0-100 kilometers per hour) sprint takes just 6.6 seconds and the video host has little to complain about with the mill. The eight-speed automatic transmission, while smooth and refined in general, does have a somewhat odd mapping, however.

For now, despite the spy photos, there is no solid evidence that the Evos will be sold in the US or Europe. In China, the top-spec version – the fully loaded ST-Line seen in this video – costs around $38,000 and we have a feeling Ford is losing some serious market potential by not bringing the crossover to America.

The Insta360 camera monitors Jetson One, the flying car of the future!