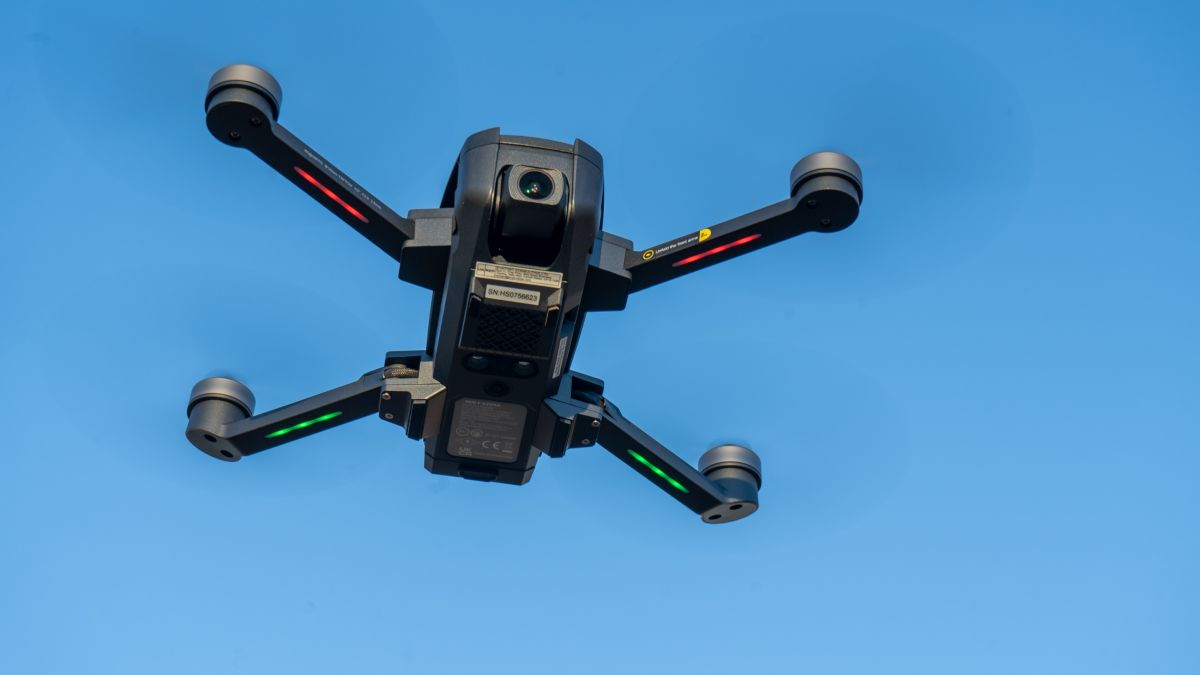 Easily portable travel drones are an immensely popular category, whether for pure fun or creative aspiration. Market leader DJI, however, leans towards quality features and high prices (their packaging looks a lot like Apple’s), which leaves a clear opening for a little compromise.

Holy Stone actually offers drones for almost half the price of the HS720E and claims to produce 4K. This was not our experience – see our HS175D review. This drone, however, certainly outputs 4K video, which (theoretically) puts it on par with DJI’s Mini 2. (opens in a new tab). In terms of cost, however, the drone is significantly lower than that while including extras like spare batteries that DJI expects customers to dig deeper for.

The question is whether, by putting value first, Holy Stone is providing a genuinely useful offering to its customers. The main difference between this drone and more expensive alternatives is the use of Electronic Image Stabilization (EIS) as opposed to a mechanical gimbal. The latter keeps the camera physically stable even when the drone leans to compensate for flight, and is preferred by professionals. This review will look at how good a digital alternative can be and who it might be suitable for.

What’s in the box?

Opening the box reveals a premium rubber zippered hard case which in turn holds the drone, controller and accessories in convenient locations. This goes a long way in dispelling concerns that this is a budget drone. Some of the accessories, including spare propellers and a good-length manual, are in another zipped section at the rear, while a smaller box contains a compact charging hub that can be left to charge both batteries without interference.

There are a few quirks – extra foam around the battery contacts raises questions about their resiliency – but it’s a better fitting case than many DJI “Fly More Kit” without requiring extra payment. The spare battery and a multi-charger are also included rather than an upgrade. (For reference, the Fly More kit with two extra batteries, a case and a charging hub for the DJI Mini 2, add $150 / £130 to the price.)

From the top, the HS720E looks like many mid-size folding drones. Pulling it out of the case, you immediately feel its satisfying weight – it weighs 557g (nearly 20oz). This is, of course, well above the 249g point after which registration will be required, but this is generally relatively straightforward bureaucracy.

The base of the drone has an optical flow sensor (to avoid drift without GPS) and two landing lights which can help this sensor in the dark. Color-changing LED strips in each of the flip-up arms help provide feedback.

On the front is a camera; it is motorized in that it can be tilted remotely using the right thumb. It’s not, however, on a gimbal – instead, this mechanism is on a shock mount to absorb some of the drone’s vibrations.

The controller’s design seems to owe something to the Mavic 1, with a backlit LCD display providing information on the drone’s basic functions. Unlike most controllers – even others from Holy Stone – it’s not rechargeable but powered by two AA batteries. Seems like an odd choice given that a lot of time is spent charging the batteries: a rather slow 5 hours per battery given that they offer 21 minutes of flight time. Surely we could charge the remote at the same time rather than powering it with a discharge?

The grip of the phone is best described as adequate; it struggles a bit for space with the dual antennas, and the weight of our iPhone Pro Max seemed to push the hinge to its limits, but it worked. Also wi-fi connected without cable which is nice. Overall, then, the controller is a bit plasticky – and has a dummy finger control on the left side – but easy to use and perfectly adequate.

After working our way through calibration (we thought) and flying, we were in for a surprise – the default ‘slow mode’ didn’t seem to give us enough leverage to control the drone. At the start it was drifting in very, very light wind despite acquiring enough GPS satellites despite the fact that we followed all the steps. Two hard landings later, we decided to change the speed mode to High and that solved the problem – the drone was suddenly under our control.

So not a good first impression, but after we tried again (recommended to calibrate every time you change battery). Things have improved. One irritation is that the gyroscope is calibrated by a different command than the compass. This needs to be done while the drone is on a flat surface and the visual feedback is given by the lights on the bottom of the drone which are virtually impossible to see reflecting off the ground on a sunny day.

It all quickly becomes second nature, however, and flying the drone in standard Mode 2 works well enough. We were comfortable flying at least 200m (700ft) from where we were before developing signal concerns, which is more than enough for a drone of this size.

Adjusting the camera angle using the wheel-like control where the left index finger rests makes shooting relatively easy, as does the physical shutter button on the left shoulder. We also like the simple rotate (or “unlock”) button.

The camera performs significantly better than other drones in the budget category – as you’d expect, since it’s on the high end. Unlike many, the drone offers limited manual controls, over ISO (100 to 1600) and white balance. Both default to Auto, but it’s good to have some control (if only to deter the drone from applying auto during a shot).

We were less convinced of the benefit of the Grayscale, Luminous and Nostalgic effects. Bright, in particular, just seemed like a high contrast, high saturation option. However, it is better to have the option than not.

In terms of quality, there’s evidence of fringing, while a subtle approach means the images also clearly show the geometry expected of a wide-angle lens. Holy Stone is also not one of the manufacturers listed in Photoshop, so fixing it will be a manual choice but could well be worth a few moments. If you have the software, it will also be invaluable for correcting the horizon. In video it can be fun to lean into turns with the rider, but it makes less sense in photos.

The crucial aspect of the video output from this drone is the image stabilization and we have to say we were impressed. Although sometimes obvious, especially near turns, the correction is good and seems to handle turns as well as vibration. 4K 30fps video is around 55Mbps, which means artifacts in general aren’t too much of an issue and the image is crisp.

Curiously, the 1080P 60fps image is much poorer; it’s got the smoothness you’d expect from digital zoom – too bad because having the smooth 60fps option is nice.

The camera will always tilt with the rotation direction of the drone. On a DJI drone, this effect is called “FPV mode” in the gimbal settings and it creates very watchable and engaging content when the drone is moving at high speeds. Because it is also able to travel slowly, so – if the wind is light – careful piloting can also get some shots.

Video sample: Our sample clip might be a bit unfair because we barely stop, so most show the camera tilted. For the most part the quality is good and the camera faces tricky low sun. More contrast would have been better though; shadows and blacks seem a little too light. This can be fixed with a filter in the edit.

The app, Ophelia GO, is similar to – but different from – the less creative “HS GPS V5” name we tested on the Holy Stone HS175D drone. It seemed less buggy and, as mentioned, offered more photography features. It could still be a little smoother to use, and there are some direct messages that could be mistranslated, but key functions are easy to reach.

The application incorporates simple “smart” features. We would have preferred it if the orbit distance adjustment wasn’t in the settings menu but in the orbit mode itself, but in the end it’s just a few more taps on the keyboard. ‘screen. There’s also a Follow Me option that follows your phone’s GPS so it can comfortably track you behind obstacles like trees. Indeed, it can be much more effective than AI-intensive visual solutions, although it does require the subject to grab the controller!

It’s not immediately obvious, but tapping on the map brings up and tap-to-fly – otherwise known as waypoint – mode. It’s a nice touch that works well and is fun to have. All the usual refinements (one-click return, etc.) are also available, and there’s an image viewing page for uploading and sharing your recordings without the need for a computer.

The HS720E is a great budget drone, and comes with a generous selection of extras (the extra battery and case) as well as producing surprisingly good video. Once the boot experience has been worked on a few times, it becomes easy to use, and the controller and software provide handy visual feedback (although we can live without some beeps).

That said, it’s still worth considering DJI’s entry-level Mini SE (opens in a new tab). It might not have the resolution or the extras, and still costs a bit more, but it includes a powered gimbal while still sneaking under the 250g threshold. The weight of the HS720E will be an issue for some who don’t want to check in, or who want to operate near people, but it seems to give it the sure footing it climbs above trees that all budget drones don’t. not offer.

Wells camera: For decades, the family business has remained at the forefront of photo technology