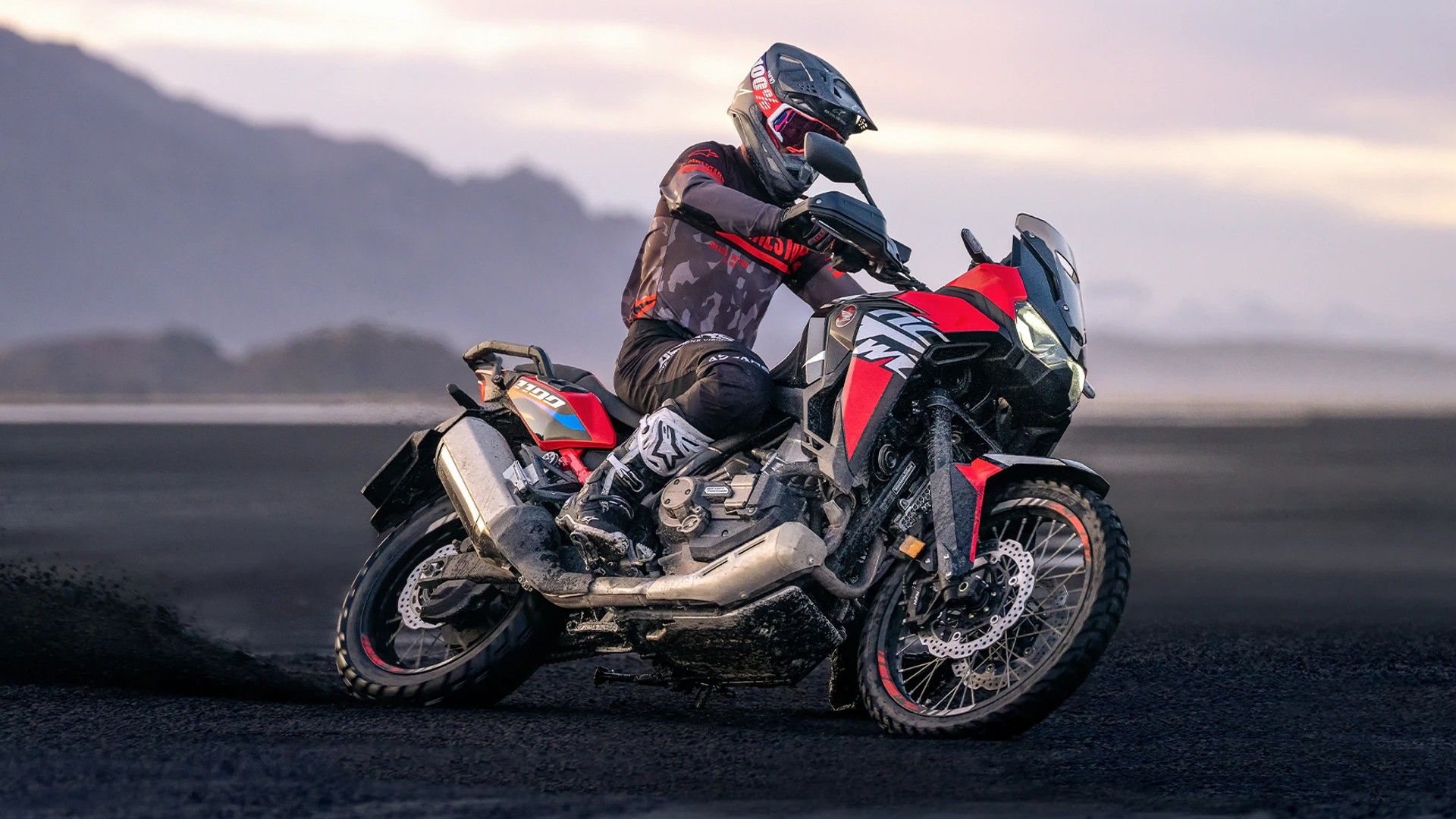 Instead of using speed cameras like its rivals, Honda has patented a new front camera system

Radar systems are becoming more common on touring/adventure motorcycles. The Yamaha Tracer 9 GT was recently spotted with radar, and the Ducati Multistrada V4 is already using one. Honda, however, is trying to do things a little differently as it has filed patents for a front camera system on the Africa Twin instead of going the usual radar route.

Honda patents a front camera for the Africa Twin CRF1100

RELATED: What Happens When an Enduro Rider Takes an Africa Twin Jump? What is a Backflip?

Patent filings show a unique front camera mounted under the Africa Twin’s LED headlight. It will sit on a bespoke stand (also patented here) suspended with a separate bracket to help keep it unhindered by bike vibrations. Considering the Africa Twin is a popular off-roader, this will come in handy. The high mounting position will also keep it clear of all the mud and dirt in variable conditions.

TOPSPEED VIDEO OF THE DAY

The camera system will be associated with Active Rider Aids

Honda has been using active driver aids on its cars for some time now, and these will now make their way to Honda’s two-wheelers. The Africa Twin’s camera system will assist these active driving aids by monitoring the surroundings and will increase/decrease speeds or send warnings accordingly. It could also double as a video recorder (much like a dashcam) and not only help dissect crashes, but record the action.

It looks like Honda is doing its own thing here, as most existing bikes with active rider aids use Bosch radars, not cameras. What features Honda manages to squeeze out of this setup and how effective they are is something we won’t find out until later, though. The manufacturer also filed patents for a radar system featured on the Gold Wing.

The Honda Africa Twin is one of the most capable full-size adventure bikes available, and at $14,499, it presents excellent value for money. Off-roading is its specialty, and a lot of that has to do with its meaty 1,082cc engine. It comes with two gearbox options, a six-speed manual or a DCT, with the dual-clutch a unique option among its rivals. The Africa Twin goes against a wide range of motorcycles from dirt bikes, like the Ducati DesertX, to full-fledged high-end ADVs like the Ducati Multistrada V4.

Frame.io partners with RED and Fujifilm for cloud camera integration