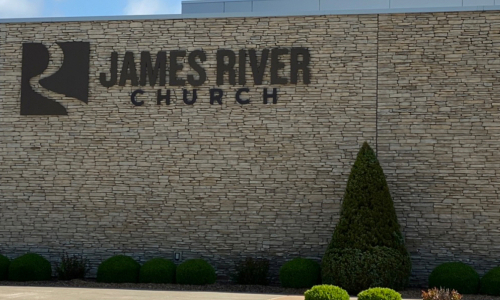 On the campuses of educational institutions and places of worship, extensive security measures have unfortunately become a necessity. As such, the mega-church James River Church, located in Ozark, Missouri, was looking to upgrade its security solution.

Because of these gaps in coverage, James River Church now needed to incorporate camera coverage indoors and outdoors in low-light and hard-to-see areas of the campus. The challenges of the project were related not only to being able to see all areas of campus, but also the ability to count empty seats in the interior auditorium, as well as being able to track individuals if necessary.

In interior corridors and some rooms, 15 Vivotek FD9189-HT-v2 are now used due to its remote imaging and focus capabilities. The FD9189-v2 series is an indoor H.265 dome network camera equipped with a 5 megapixel sensor, enabling 2560×1920 resolution at 30 frames per second (fps).

Ten 4-megapixel wide-angle dual-lens MS9390-HV cameras have been integrated for indoor and outdoor use along key travel areas. Unlike most traditional multi-sensor panoramic cameras which rely on four sensors, the MS9390-HV multi-sensor dome camera is also equipped with SNV technology, WDR Pro, 180° IR illuminators effective up to 20 meters and provides images in full resolution at 30 fps, making it suitable for delivering panoramic image quality for day or night surveillance, indoors or outdoors.

Additionally, with its unique dual-sensor design, the MS9390-HV is equipped with a video alignment feature, providing users with a detailed yet seamless 180° panoramic view and a higher vertical field of view. This allows for greater coverage not only in the horizontal plane, but also in the vertical plane, capturing an even greater field of view below the camera installation point.

The FD9389-v2 series offers two lens options, a prime lens and a distance lens for different usage scenarios. The camera is equipped with IR illuminators with an effective range of 30 meters for better nighttime visibility. To provide reliable coverage in harsh outdoor environments, the FD9389-v2 series is enclosed in an IP66 and IK10 enclosure.

“Our client now has the ability to see all necessary areas and backtrack without having to worry about whether a PTZ was pointed in the right direction or not,” says Rick Dale, owner of Helixeon. “They are very happy with the overall installation and plan to use Vivotek on all of their campuses.”