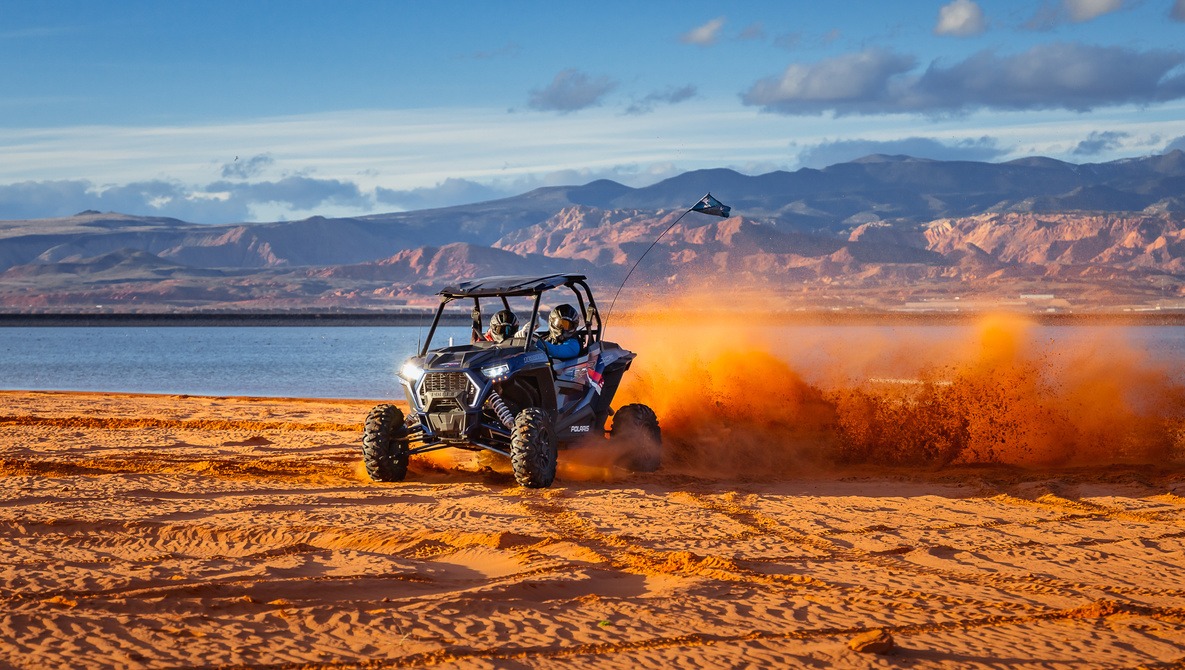 I can think of so many times in my career where I’ve drooled over that latest camera release or that newest lens that my brain convinced me I just had to have. Realistically, however, what photographer hasn’t done this at least once in their career?

We all seem to inadvertently get that point where we feel like we’re dying just because we don’t have that gear that’s just beyond our budget. I was wondering, though, is it that important? If the gear in hand does the job, then who cares if there’s a camera with 10 times the megapixels? Sure, the extra quality would be fantastic, the improved dynamic range would be handy, but if the camera you own is getting you the paycheck, then why spend the money?

I was thinking about how many images I captured last year alone for work and how many different cameras I used for different types of work. My favorite camera choice is the Sony a7R IV, which I use for most of my work. However, I realized that I had used a fairly wide range of cameras for a wide range of shooting styles, image styles, and compositional differences, all for the same job. Sometimes my favorite camera just isn’t right for the job. What got me thinking about this whole thing was the photo you see below, which was captured using an older DJI Phantom.

The image here wasn’t even planned on this particular shoot. It was quite by accident that we ended up creating what you see. I had the drone in the air, mapping my next shot with the RZR on the left, when the one on the right ripped through the sand on the top of the dune. When I saw it in frame, I flagged my pilots and had them run multiple times to mimic the same timing they ended up accidentally creating on the first try. This photo was created with the DJI Phantom 4, which means my image quality was 12 megapixels instead of the typical 60 megapixels I usually use. We weren’t even there for the pictures; our priority was the video, but that shot went so well that it became the most successful part of this whole shoot.

I’ll be the first to admit that I’ve been repeatedly guilty of being a camera snob. Bigger is better, right? Well, no, not true. Not even a little. Now, I wouldn’t say that the choice of camera itself is so irrelevant that we should sell all our equipment and just use our cell phones for client work, but phone cameras laptops these days are incredibly good when you think about living in our pockets. I carry an iPhone with me, but I’ve seen amazing work coming from all kinds of cell phones. I wouldn’t recommend showing up to client work with nothing but your phone, but that doesn’t mean you still can’t use your phone for professional work. The photo you see below was taken with an iPhone 12 Pro.

The cell phone camera, combined with a real photographer editing in Adobe Lightroom or even Lightroom Mobile, can produce solid results. That’s precisely what you see in the image above: an iPhone photo that was taken, edited, and exported from Adobe Lightroom Mobile. It all depends on how the actual image is intended to be used and what your client may or may not want in the future. If, for example, the only reason you got hired was because a company needed a bunch of new images for Instagram posts, you might be able to get by with nothing but your phone.

If your client needs more than just a social media campaign, or if there’s a chance these images will be used for billboards or other large-scale print media, your cell phone won’t be enough. probably not cope with this particular need. job. With the increasing popularity of cameras found in DJI and GoPro gear, it seems that megapixel count and overall resolution are no longer the deciding factors. I firmly believe that if you are a great photographer you will capture a great image no matter what camera you have in your hands. I see all the new technological advents as a huge advantage in the world of commercial photography. This means I don’t have to lug my heavy camera bag everywhere I go unless I have a job that specifically requires this gear. Having more camera options and more ways to capture what I’m hired to do and being able to put some of those options in my pocket is a huge plus in my mind.

For me, the last year was quite a humbling experience when I had my a7R IV shipped home after doing some work on it, and it was stolen from my porch. Long story: UPS forged my signature when I wasn’t home, but thank goodness for shipping insurance. That meant I had to spend about two months shooting with several other cameras that weren’t my preferred body, and just had to make do with what I had in hand. I was able to complete several client jobs with what would easily be considered lesser quality cameras, and my clients were perfectly happy with the results. Yes, I absolutely would have preferred to have the flexibility of larger compositions and wider cropping options, but I just didn’t. It just wasn’t an option, so I had the opportunity to retrain my brain and get back to the basics of photography.

It might sound silly to some, but it’s easy enough to get sucked into day-to-day work life with the typical pile of gear and expect things to work. Digital cameras make it easy to cut corners, and I was guilty of some of that, like shooting in burst modes, bracketing, and using other camera tricks to bring it closer enough of the camera because I had limited shooting time and I already knew what I could accomplish in position. I am strangely grateful for the lessons I learned last year from the loss of this camera. When the replacement camera arrived, I had already been performing differently for several months, so my images with the new camera were much better than they could have been had I not practiced better photography techniques with it. lesser quality cameras before.

I think what stood out to me the most was that I was still a good photographer, even though I didn’t use a very good camera. I’m always immensely proud of my work, and the choice of camera ultimately has nothing to do with it. I would be surprised if most of you didn’t understand this. I would say be proud of the quality of your work. Who actually cares what camera you use to create this work? If you’ve done this job, you’ve done it, whether with a Hasselblad or an iPhone.