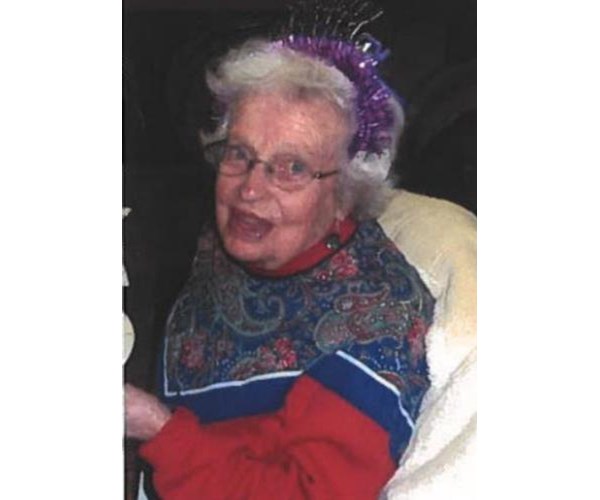 Longtime Boulder resident Louise “Little Lou” Adams peacefully crossed the finish line of her last race in her sleep in the early morning hours of March 1 at the age of 100. Although small in stature, she had a big personality. and endeared herself to all who were lucky enough to know her. She was always ready with a winning smile and a soothing embrace. Residents of South Boulder will recognize Louise as that lady who would walk down Broadway in all weathers. Others may remember seeing his copper 1966 Mustang coupe drive by with only a tuft of white hair visible above the door frame. The fitness community fondly remembers her glory days as a competitive Masters runner when people decades younger than Louise would struggle to keep up with her pace over any distance. Parents lucky enough to have had her as a babysitter for an evening will remember with nostalgia that on more than one occasion it became necessary to snatch a child or two from her before she could make a dignified outing. Louise was born and raised in Canada; and served in the Allied Forces on active duty in the Royal Canadian Air Force during World War II. She married in 1944, moved to the United States, and soon after became an American citizen. In 1954 Louise and her husband purchased a new home in Martin Acres on the southern outskirts of Boulder. There she raised four sons (in later years as a single mother) while working in various administrative positions for Boulder Valley Schools. Most of the time, she walked the four-mile round trip to Mapleton Elementary and back, recognizing RTD drivers along the way. Louise started running at age 56 when, on a whim, she entered the 1977 Rocky Mountain Seniors Games. There, without training, she won the 50, 100 and 200 meter races in the group d 55-59 years old. It’s one thing to have a good year, or even a good decade; but by the mid-1980s, Louise was a prolific medalist at the highest levels of the International Masters Track. At the time of her retirement from competition in 2007, she held nineteen U.S. age records over various distances, four of which were also world records. Louise was honored four times as the United States Track and Field Masters (USATF) Track Athlete of the Year in her age group, Colorado Sportswomen Masters Track Athlete of the Year in 1997 and inducted into the USATF Masters Hall of Fame in 2001. Louise exemplified a life well lived. She raised four loving and devoted sons. She embraced the sport of running, traveling to all but two continents in the company of like-minded companions. She only competed against the standards she set for herself with the ultimate goal of being healthy, happy and productive for as long as nature would allow. She came to the end. And she did it admirably. Louise had three siblings, one brother Keith and two sisters Norma and Dora, all of whom predeceased her. Her eldest son Michael died in 2010. She is survived by her sons David and Ian who reside in Boulder and Stephen who lives in Salt Lake City. Arrangements are handled by Greenwood and Myers, Boulder. No services are planned at this time, although a celebration of life is planned for early summer. The family would like to thank Trail Winds Hospice and Dignity Care Home Care. In lieu of flowers, donations may be made to the Boulder Humane Society, The American Cancer Society and the Salvation Army. Please send your condolences to the family of Louise Adams c/o Greenwood and Myers 2969 Baseline Road, Boulder CO 80303.