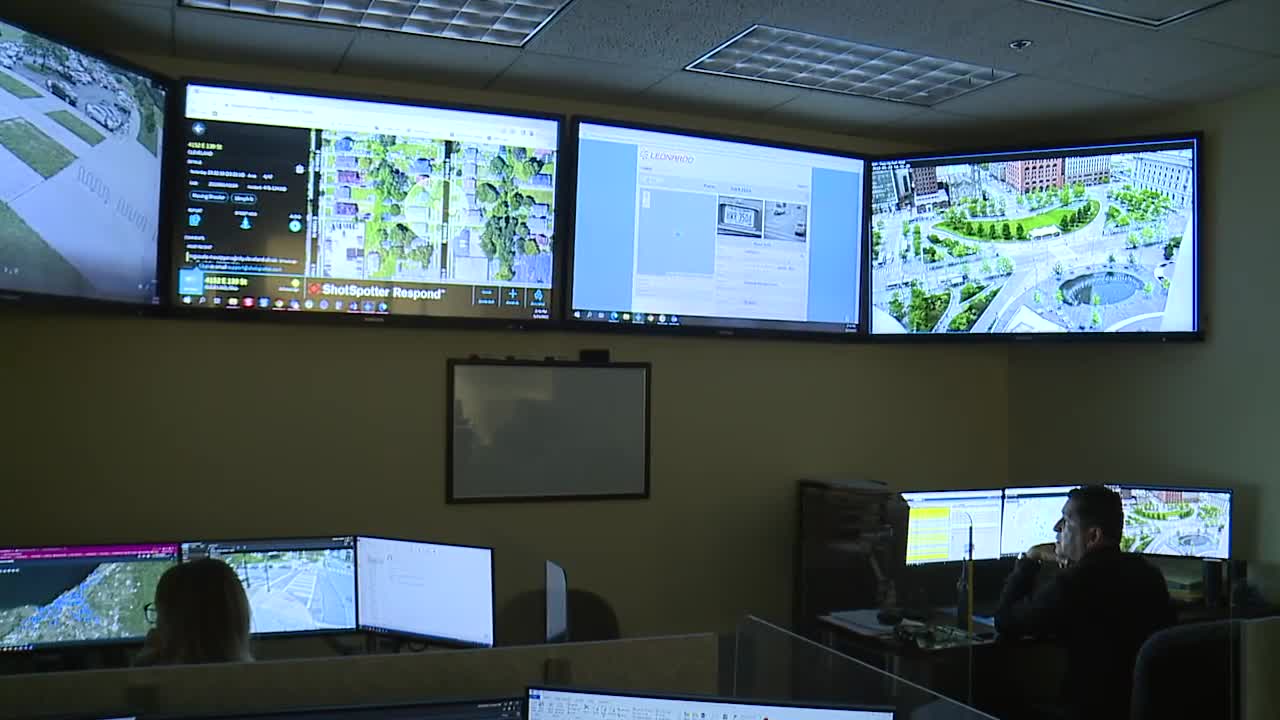 CLEVELAND (WJW) — The FOX 8 I-Team went to the top to ask about chronic outages at a high-tech police unit to help keep your streets safe.

Again and again, we’ve shown you that the city’s security cameras aren’t working, or that no one working in the Real Time Crime Center is watching video from the cameras.

When this happens, the key clues to the crimes are simply lost. So we asked the mayor some tough questions.

On Monday, the mayor of Cleveland, the governor of Ohio, the county attorney of Cuyahoga and others announced hundreds of thousands of dollars for more technology.

So, we took the opportunity to ask how can the Real Time Crime Center be effective when so many cameras often don’t work, and very often the center is unstaffed?

“Let me say a few things,” Cleveland Mayor Justin Bibb said. “Our city has done a tremendous job increasing the number of cameras in our city. We have a fairly high rate of cameras that actually work.

The mayor defends the operation and states that in the long term the city will strive to operate more cameras with the Real Time Crime Center operating 24/7. We reminded him that this will not happen overnight.

“Our tech teams are doing a really good job of making sure as many cameras as possible are working,” he said.

We revealed that the town cameras were down on New Years Eve when a carjacker killed Officer Shane Bartek. And, we found out how many times no one works in the unit. Granted, crime can happen at any time, but there’s no guarantee that at any given time someone will work and be able to help out at the Real Time Crime Center.

Last year, the I-Team verified a period of 5 months. We found 17 days with no one scheduled to work there And, we found other days with someone there just a few hours. No quick fix.

As for the new technology, the city received a state grant of $355,400 for the Real Time Crime Center. The city plans to use it for license plate readers to help locate wanted suspects. And the city is exploring the use of drones.