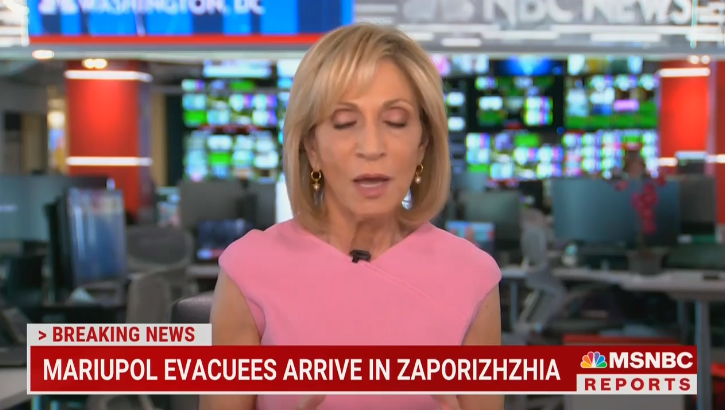 During a Katy Tur Reports segment on Monday, May 2, MSNBC host Andrea Mitchell discussed Russian Foreign Minister Sergei Lavrov’s recent comments in which he attacked Ukrainian President Volodymyr Zelensky, who is Jewish, claiming that Adolf Hitler had Jewish rights. blood too. In response, Mitchell made the following statement about Israel and its relationship with Russia:

“It’s so complicated because Israel was trying, trying so hard to be neutral, even to the point of upsetting the White House and its closest ally, the United States, by not condemning Russia, by keeping Russia close, by not joining the human rights vote against Russia at the United Nations because they need Russia militarily…”

This assertion is objectively false in more ways than one.

First, Israel has explicitly condemned Russia both for its invasion of Ukraine and for committing war crimes in Ukraine.

Second, Israel has voted against Russia in the United Nations on all three occasions it has had the opportunity to do so in the General Assembly since the start of the Russian invasion, including on resolutions A/RES/ES- 11/1, A/RES/ES-11/2 and A/RES/ES-11/3 on 2 March, 24 March and 7 April respectively. Israel is not a member of the UN Security Council, nor the UN Human Rights Council, where the other resolutions were introduced and voted on.

This is the second time in recent days that an MSNBC host has claimed that Israel has not sufficiently supported the US position on the Ukraine issue. The day before, May 1, Mehdi Hasan had accused Israel “of not fully supporting the American position on Ukraine”, remarks to which CAMERA addressed here.

Global Automotive Backup Camera Industry to 2027 – With Borgwarner, DENSO and Gentex among others