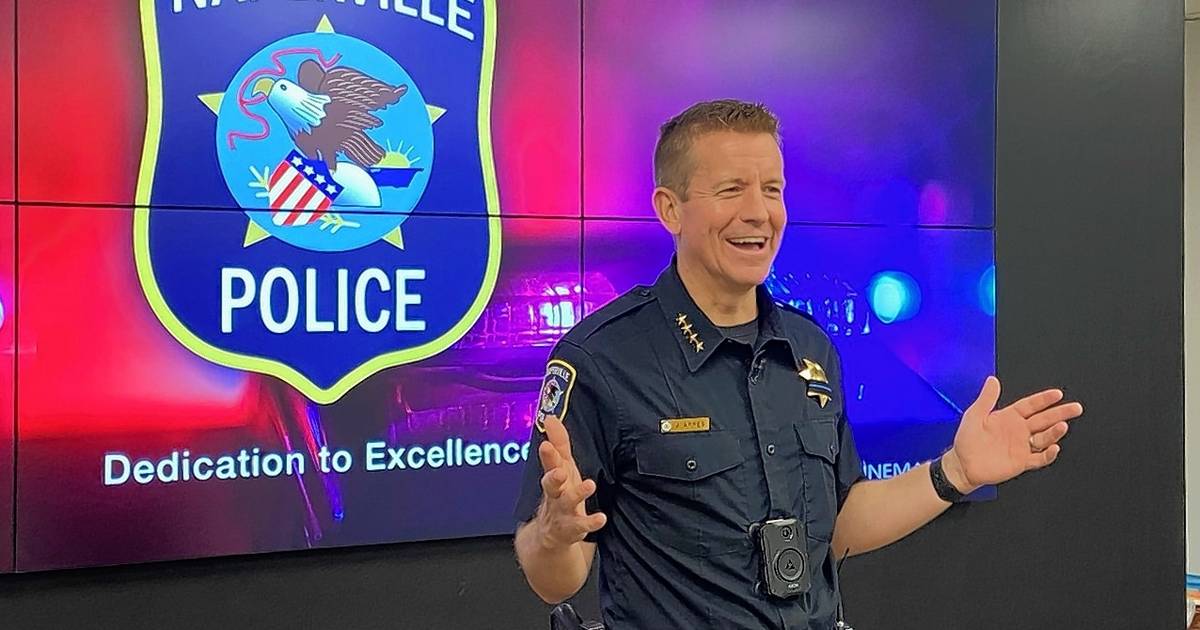 Police Chief Jason Arres said Thursday the first batch of about 20 officers will receive two hours of training and begin using body cameras next week. By the end of June, each of the department’s 177 officers will have cameras.

The first year cost of $483,000 is included in the city’s 2022 budget. In addition to the cameras, the city will receive technical support, cloud-based data storage, an app to use the system, and installation. The department also has the option of swapping cameras for new ones midway through the contract.

The system, which will eventually include replacing on-board cameras for 50 department vehicles, will be in place six months before the state mandate for body-worn cameras takes effect in January for cities across the size of Naperville.

“Our people are thrilled to have the cameras,” Arres said. “That’s the expectation of law enforcement.”

The cameras are always on when officers wear them, but video is automatically recorded after 6 p.m. They are “activated” when the police car’s headlights are on or the officer double taps the front of the camera.

When cameras are docked at the end of a shift, the “on” portions of the video are automatically uploaded. If the officer forgets to tap the camera during a traffic stop or other police activity, the video is still accessible as long as it is manually uploaded within the 18 hour window.

Arres said the three most beneficial elements of the system are the evidence the department gathers, the ability to provide additional video-based training, and officer accountability.

“Right after they get that training and they go out — whether it’s into their detective careers or whatever work they’re doing here at the department — they’ll have the cameras on them,” Arres said.

The DJI Mini 3 Pro's camera can rotate for quality portraits