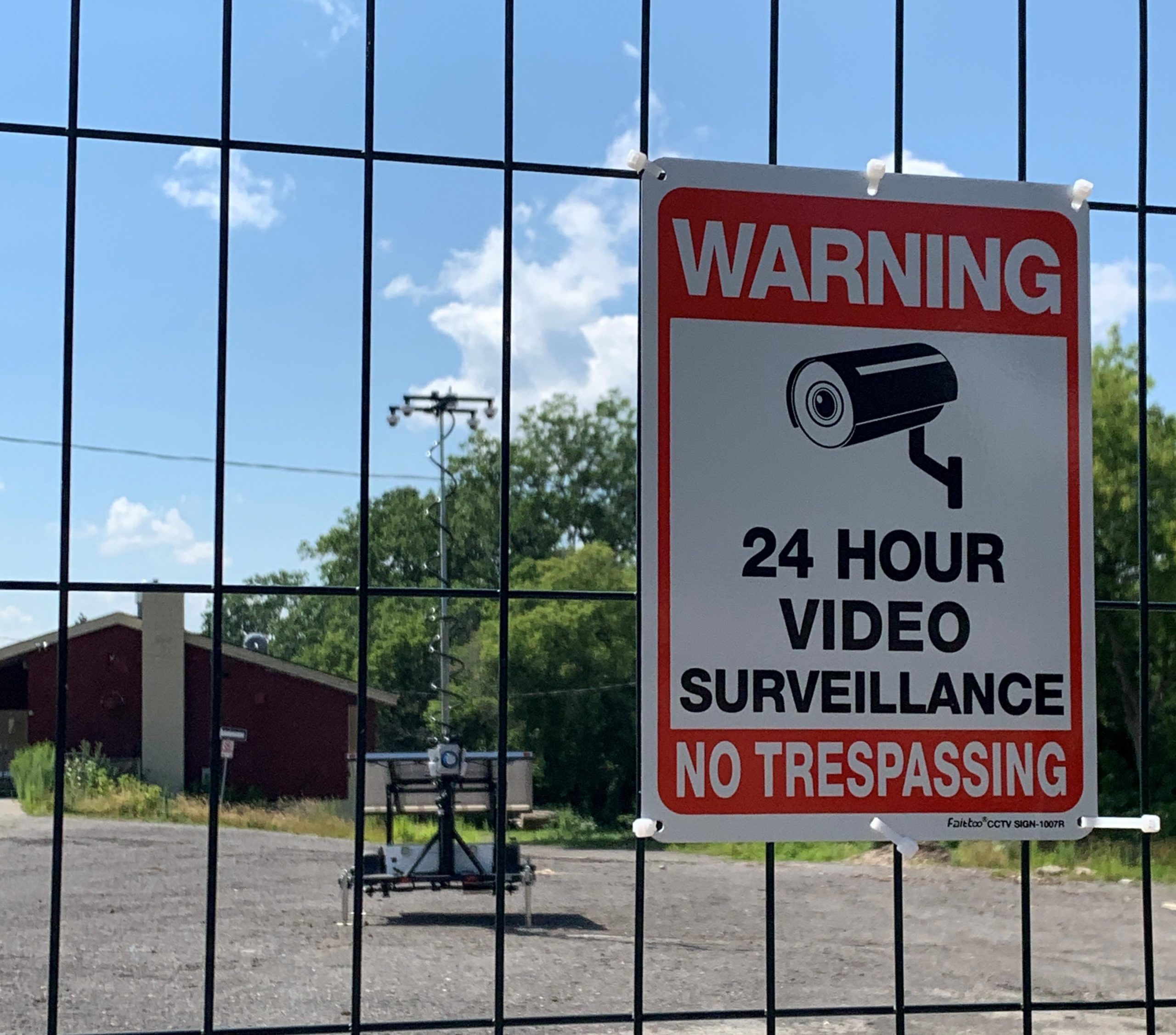 A high-tech security camera system is being moved around the city, a spokesperson says, but those planning a protest this weekend at the old Arrowdale golf course suspect eyes in the sky will be locked on them.

While a media announcement for the new Gridless Sentry Verkada security camera trailer included a photo of Brantford Airport’s futuristic solar-powered tower, the unit could be seen entering Arrowdale on Thursday after- midday.

The system has up to six cameras and is cloud-connected, powered by artificial intelligence. It has a battery that allows it to operate for up to two weeks without sunlight and is mobile enough to be moved around town.

“Self-powered and simple to use in multiple locations with no infrastructure, power lines or cables needed,” the press release reads, “the equipment can also be used to monitor work progress at the various construction sites of the town.”

The Arrowdale installation sparked some concerns on the Friends of Arrowdale Facebook page where people speculated about the object’s usefulness and whether it was directly linked to a planned protest at the gates at 2pm on Sunday.

The city said the gridless sentry is the next step in expanding security guard services to address ongoing incident trends and “specific properties and areas of the city.”