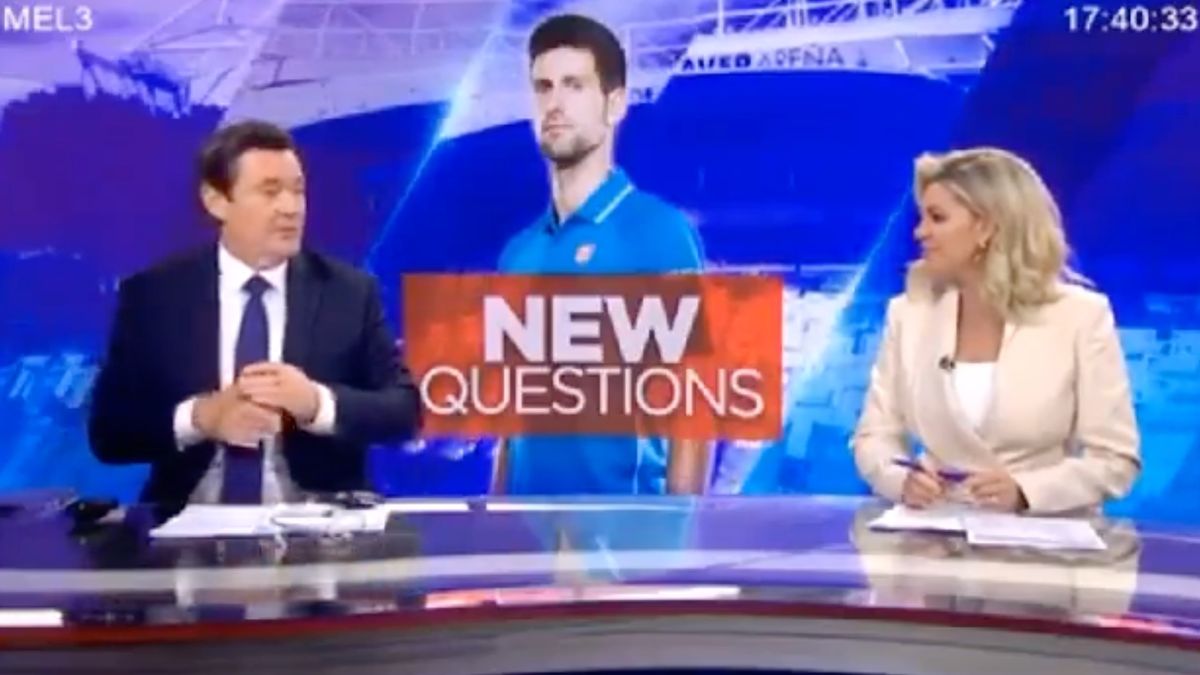 Leaked video footage appears to show two Australian news anchors slamming Novak Djokovic, claiming he is a “lying and sneaky hole **”. You can watch the clip below (it contains some strong language):

Djokovic arrived in Australia to compete in the Australian Open, but soon found himself detained at an immigration center in Melbourne after his visa was canceled.

The Serbian did not receive a Covid-19 vaccine, but his lawyers said he was granted an exemption because he recorded a positive PCR test on December 16.

In the rant, Maddern – who still had his mic plugged in – turns to Amor and says, “Whichever way you look at him, Novak Djokovic is a lying and devious hole.

Maddern continues, “Like however you look at him, it’s unfortunate that everyone got pissed off around him.”

Later in their conversation, Maddern says the tennis star had a ‘bullshit excuse’ and ‘fell on her own’ fucking life ‘.

“And then, he ticks now that he did not go to Spain,” she adds.

Amor then says he thinks “he’s going to be okay” – a point Maddern agrees with – before continuing: “I think most fair people would say ‘Look, dude is a * ** hole. “Did we, did they do the right thing by him, I don’t know.

Maddern replies, “No. I do not think so.

When Amor says ‘they screwed it up’ and ‘that’s the problem’ Maddern continues: “I don’t think so, I don’t think we won anything by putting it in. [an] immigration hotel.

Amor then said, “No, but the problem is, how do you justify the person [who is] also on the same plane with him who also … ”

His colleague says that “you cannot justify it”, adding: “But the point is, life is never fair”.

Then she says, “Some people travel first class and some people, you know what, it’s never fair.”

Amor replies, “Yeah. But this poor Czech girl who was fucked up was sent home. Tracked down and sent home.