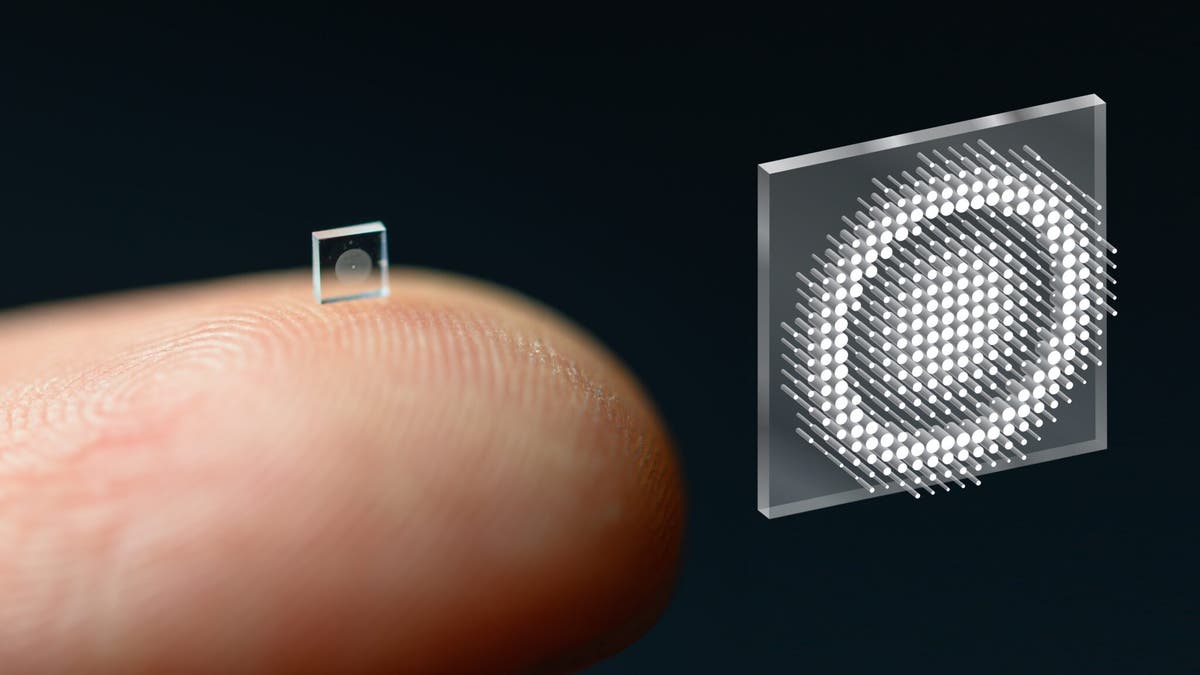 Researchers have created an ultra-compact camera the size of a grain of salt capable of producing images comparable to lenses hundreds of thousands of times the size of it.

Engineers at Princeton University and the University of Washington say the camera can produce color images that could be used in conjunction with medical robots to diagnose and treat disease.

Traditional cameras use curved glass or plastic to bend light rays, this new camera uses “metasurface” technology which is produced as a computer chip. The metasurface of this particular camera has 1.6 million cylindrical posts – each approximately the size of a virus – to make up a system half a millimeter wide.

Each of these messages has its own unique geometry, functioning as an optical antenna, and machine learning algorithms can use the combined interactions of the messages with light to create high-quality images. Compared to older versions of these cameras, this camera performs better in natural light conditions, has less distortion and wider fields of view.

â€œIt has been a challenge to design and configure these little nanostructures to do whatever you want,â€ said Ethan Tseng, a computer science doctoral student at Princeton who co-led the study.

“For this specific task of capturing large-field-of-view RGB images, it was previously unclear how to co-design the millions of nanostructures with post-processing algorithms.”

The next step for the researchers will be to add greater computational capabilities to the camera, such as object detection and other modalities that would make it more useful in medicine or robotics.

Felix Heide, lead author of the study and assistant professor of computer science at Princeton, predicts that ultracompact imagers will be used to create “surfaces as sensors.”

Individual surfaces could be turned into ultra-high resolution cameras, “so you wouldn’t need three cameras on the back of your phone anymore, but the whole back of your phone would become a giant camera.” We can think of completely different ways of building devices in the future, â€he said.