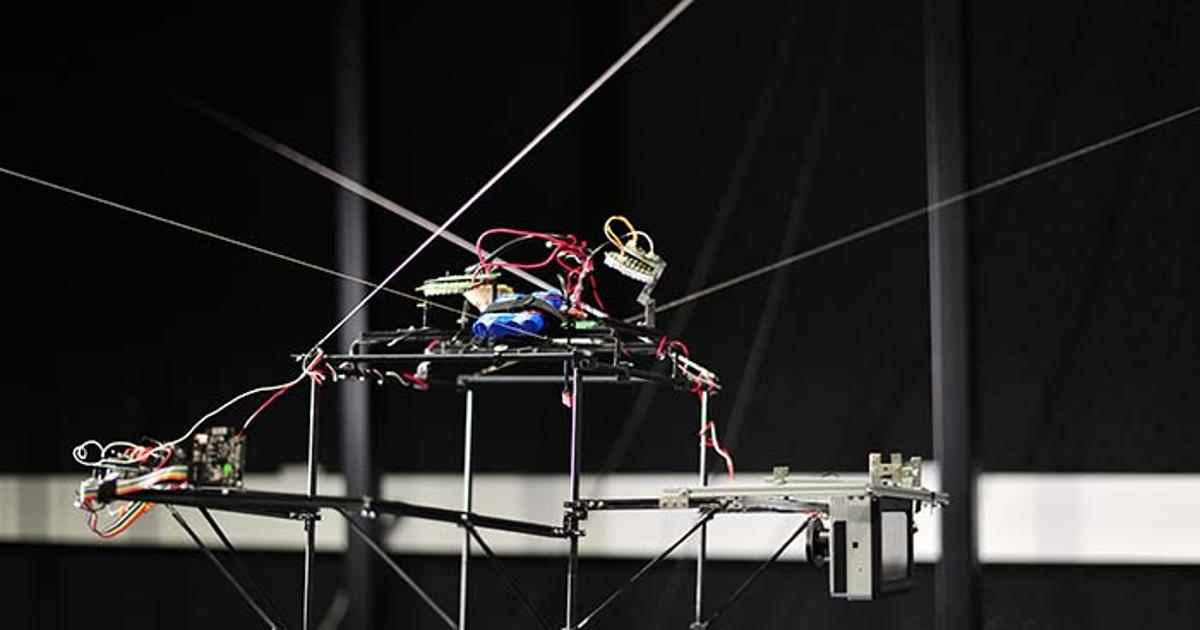 Currently, the only way to get a stable video of flying insects is to tie them in place – which some people would say don’t “fly” at all. Now, however, French scientists have developed a camera platform that moves through the air with the insect.

The robotic system was created thanks to a collaboration between the CNRS (National Center for Scientific Research), the University of Lorraine and INRA (National Institute for Agronomic Research).

Known as lab cables, it incorporates a small cube-shaped frame equipped with two tiny PixyCam cameras and a high-speed camera. This platform is suspended in the air in an enclosed space, by a series of cables.

As the target insect flies through the air, PixyCams stereoscopically track its position in three-dimensional space. Using this data, the system responds instantly by selectively winching the cables of the cube, allowing it to maintain its position relative to the insect. As a result, its high-speed camera is able to obtain stabilized images of the insect, in which the animal always remains centered in the frame.

It’s actually not much different from a small version of the Skycam system used for film production and sports coverage, in which a cable suspended camera moves in the air above its moving subject.

So far, laboratory cables have been used successfully to track and film free flight Agrotis ipsilon moths, which moved at a speed of 3 meters (9.8 feet) per second. Ultimately, it is hoped that the technology can be used to better understand the orientation strategies used by insects such as fruit flies or mosquitoes.

An article on the research was published this week in the journal Scientific robotics.

You can see the camera rig in action, as well as a video shot by it, via the link below.