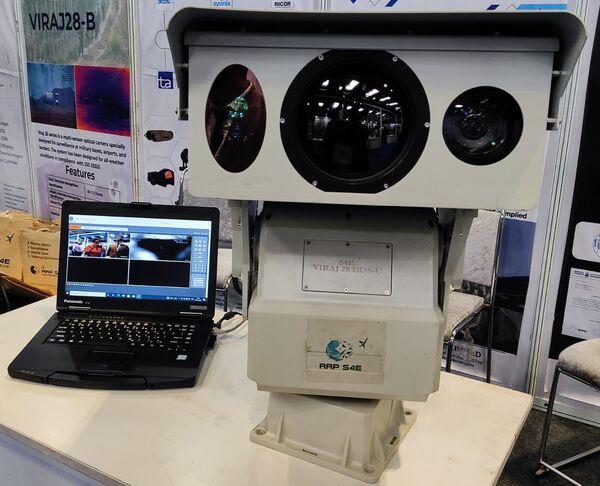 The company has received an order to deliver 50 Viraj 28A systems to the Indian Army, Gupta said.

“Out of this number, 25 cameras have already been installed at various locations in the North Eastern states of India as of early 2022,” Gupta added.

“Delivery of the remaining systems will be complete by August,” he said.

The system weighs 50 kg and can be controlled by the operator using a laptop computer, Gupta said.

The system has the ability to operate in high altitude areas and can be used on moving vehicles.

Gupta said that RRP S4E is also in talks with the Indian Armed Forces for the supply of its thermal sight called PR82.

According to the company’s specifications, the PR82 can be used continuously for seven hours and can operate at temperatures between -40°C and +50°C. It can detect a human within a radius of 2,000 to 3,000 m.


Interested in subscribing, see what we are up to

This drone with camera uses AI to take pictures of you