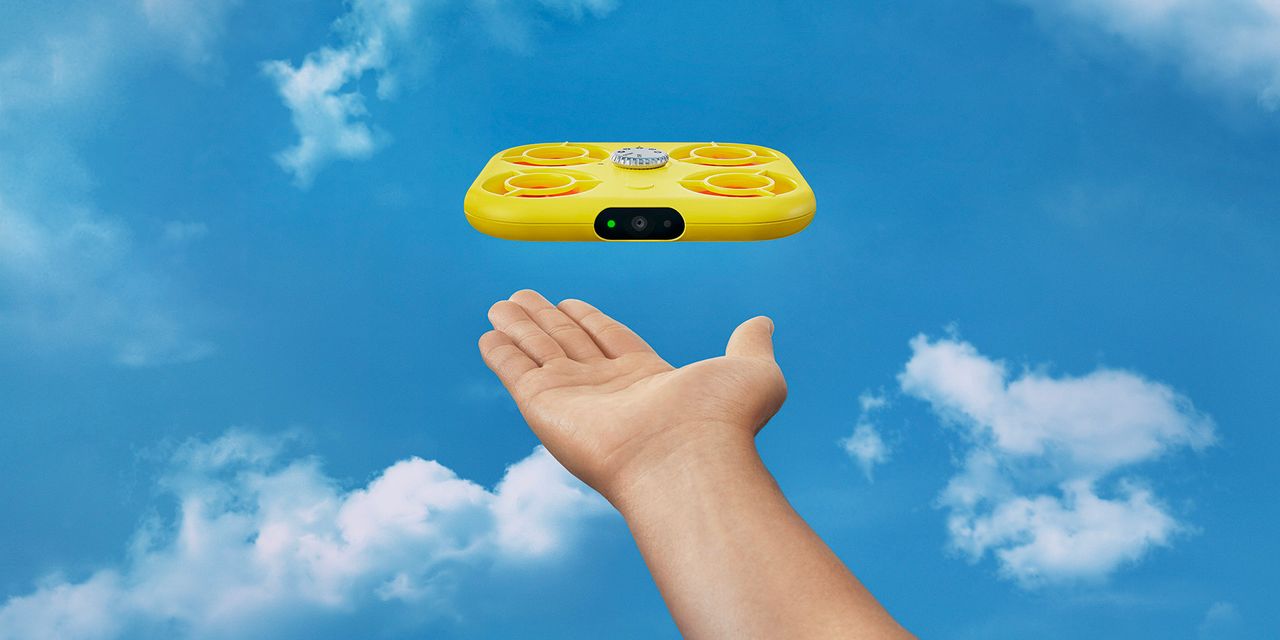 Snap Inc. calls itself a camera company, and on Thursday it took another step to live up to that label.

Snapchat’s parent company has unveiled a new drone camera that can be used to capture video. Snap SNAP,

says the Pixy camera “flies in four predefined flight paths” and “can hover, orbit, and track where you need it,” without the need for a controller. It lands “softly” on the user’s hand once the shot is complete.

Videos from the $229.99 camera are sent wirelessly to a user’s Snapchat account, at which point they are saved in the Memories section and users have the option to edit and share them. The drone is currently available in the United States and France, and joins Snap’s Spectacles augmented reality glasses in its family of devices.

Snap announced Pixy at its “partner summit” on Thursday, which also brought announcements such as a new “director mode” camera feature that will allow Snapchatters to use their front and back cameras at the same time.

“For the first time, without special camera tricks or secondary apps, creators can capture their reaction and perspective in 360,” Snap said in a statement.

This new mode will come to users of the AAPL from Apple Inc.,

iOS in the “coming months” and will come to devices that run Alphabet Inc.’s GOOGL,

Additionally, the company will make it easier for Snapchat users to change their backgrounds with a new “green screen” feature, and it will improve the process of editing different Snaps.

income report. Snap stock has lost 5% over the past three months as the S&P 500 SPX,