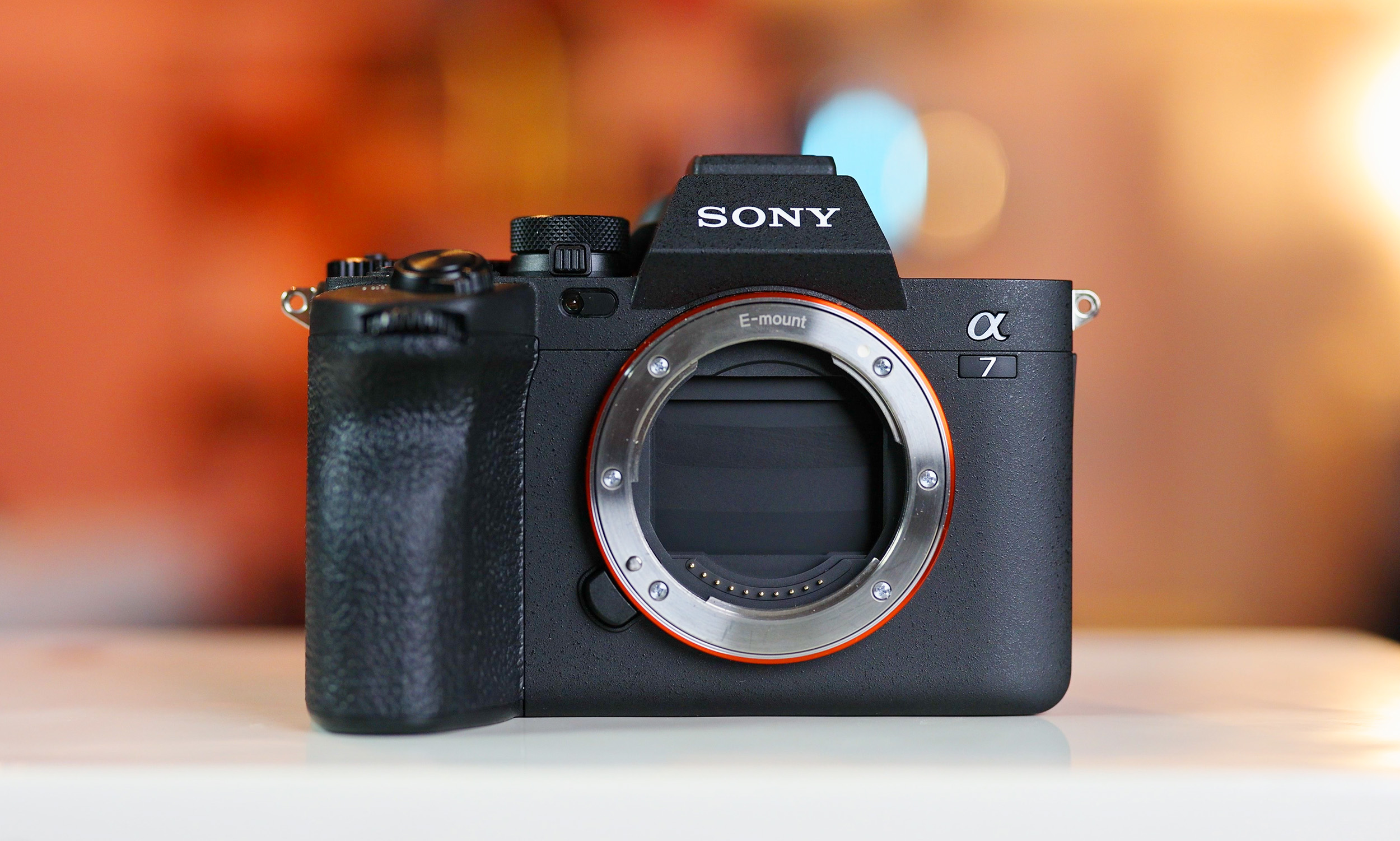 Almost four years after Sony released its highly successful A7 III mirrorless full-frame mirrorless camera, it’s finally launched a follow-up. The A7 IV brings a host of new features and improvements such as a high-resolution 33-megapixel sensor, improved video specs and updated AI-powered autofocus. However, at $2,500 it’s also $500 more than the A7 III at launch.

A lot has changed over the years between the two models. Sony now faces tough rivals like Canon’s EOS R6 and Nikon Z6 II. Itself has also released new high-end models like the A7S III, A7R IV and A1 with the latest technologies.

With all that, I was of course curious to see how the A7 IV would fare in a category it dominated for several years. How does it measure up to its rivals, especially when it comes to video? How many new technologies from the high-end models have reached the general public A7 IV? And is it suitable for professional use? Let’s dive in and find out.

Sony’s A1, A7S III and A7R IV have all had substantial body changes over their predecessors, and the A7 IV follows the same script. It has the same great grip, so you never feel like you’re going to let it down, even with a big lens. However, he has gained weight and size, weighing 699 grams compared to 650 with the AIII. It is also 7mm thicker.

It has similar controls to the A7 III, with the biggest difference being that the record button has moved from the back to an easier-to-reach position on top. The buttons and dials also generally feel better and more precise, and the joystick is grippier and easier to use. It lacks some dials compared to the much more expensive A1, such as the shooting mode and autofocus dials. The lockable exposure compensation dial is the same, but lacks the graphics as it’s designed to be programmable.

In a way, however, the body of the A7 IV is a step up from the A1. The rear touchscreen can be fully articulated and not just tilted, so it’s much more convenient for low-angle shooting in portrait orientation. It also makes it much more useful as a vlogging camera.

It has the same well-organized menu system as the A1 and A7S III, although some commands can be a bit tricky to find. As with any other modern camera, then, it’s time to configure the function menu, custom menus and manual controls to your liking. Overall, though, Sony’s menus are now some of the best and better organized than on Canon’s EOS R6, for example.

The 3.69m-dot EVF is much clearer than the 2.68m-dot EVF on the A7 and on par with similarly priced rivals. However, the rear screen is smaller and has a lower resolution than the R6. This can make manual focus tricky, although the A7 IV has a new feature that can help with this – more on that shortly.

The A7 IV has a dual-slot card system that supports both UHS II SD cards and the much faster CFexpress Type A cards. However, unlike the A1 and A7S III’s slots, it only has one dual slot, the other being SD UHS II only. Type A CFexpress cards are not as fast as regular CFexpress cards, reaching 800MB/s compared to 1700MB/s. They are also only used in Sony cameras, so they are relatively hard to find and quite expensive.

Other features include a USB-C port that can power the camera during operation, as well as a full-size HDMI port, thank goodness. It uses Sony’s new NP-FZ100 battery which offers up to 580 shots on one charge, or around 2 hours of 4K video shooting. Finally, the A7 IV can close its mechanical shutter when the camera is off, protecting it from dust when you change lenses. It’s a feature that first appeared on the EOS R, so thanks for starting this trend, Canon.

Sony’s mirrorless cameras are renowned for their autofocus speeds and AI intelligence and the A7 IV is no exception. However, Sony has made some compromises that affect performance.

The new 33-megapixel sensor is rear-illuminated but not stacked like the A1’s sensor, so read speeds are relatively slow. As a result, shooting speeds are 10 fps like the A7 III in mechanical or electronic shutter mode for compressed RAW photos, and drop to 6 fps if using lossless or uncompressed RAW, such as many photographers prefer to do so.

This is still impressive considering the resolution has increased by almost 50%. By comparison though, the Sony A1 can shoot 50-megapixel shots in electronic mode at up to 30fps, showing the speed advantages of a stacked sensor.

Although burst speeds aren’t improved, you can capture more photos at once, up to 1,000 in uncompressed RAW format. If you use Sony CFexpress Type A or ProGrade cards, you can efficiently shoot forever without filling up the buffer.

Another downside to the A7 IV’s slow sensor read speeds is the rolling shutter. If you want to shoot quietly in electronic mode, you’ll need to keep the camera steady and your subject won’t be able to move quickly either. Otherwise, you’ll see slant lines and other artifacts that can be severe enough to ruin shots. Using crop mode helps a lot, but then you lose the benefits of a full-frame sensor.

The A7 IV is Sony’s most advanced autofocus camera. All of Sony’s new AI tricks add up to make this the easiest to use and most reliable camera I’ve ever tested in this regard.

Unlike the A7 III, face, eye and body tracking works in all focus modes for animals, birds and people. Unless you turn it off, it will automatically pick up your subject’s eyes, face or body and track them even if they spin or disappear from the frame.

Whether you’re tracking sports, birds, or cars, the tracking spot will stay firmly locked on your subject in most situations. All you have to do is touch the subject you want to track and the camera will take it from there.

The A7 IV’s autofocus can easily keep up with camera burst speeds for sports or bird shooting. But more importantly, the A7 IV constantly focuses on other tricky situations, especially with people. In some chaotic situations with lots of subjects and complex lighting, I ended up with very few unusable shots. Keep in mind that optimal focusing performance requires Sony’s latest lenses, but it worked well with recent Sigma models as well.

Concentration is only part of the equation. It always nailed auto exposure and auto white balance in tricky situations with mixed lighting. It worked well in a bar with a mix of studio and practical lights, or in front of the bustling windows of the famous Parisian department store with all kinds of light colors.

The built-in stabilization improves half a stop over the A7 III at 5.5 stops with compatible lenses, but neither comes close to Canon’s claimed 8 stops on the EOS R6. However, this is offset somewhat by Sony’s superior high ISO performance. I was still able to get reasonably sharp shots down to half a second with a little care.

A big improvement with the A7 IV is in image quality. You expect more sharpness with the extra resolution, and it certainly does. However, you might also think that the smaller pixels would make the A7 IV worse in low light, but no. In fact, over much of its ISO range, the A7 IV even performs better than Sony’s low-light champion, the A7S III.

Images are sharp and usable in most low-light situations up to ISO 12,800, with plenty of detail even in underexposed shots. In fact, the A7 IV has the least noise I’ve ever seen in this ISO range. Properly exposed photos are usable up to ISO 25600, but noise becomes a serious problem thereafter.

Sony has improved its color science with each new camera lately, and the A7 IV has perhaps its best setup yet. The green cast we saw on previous models is gone and colors are accurate straight out of the camera and easier to balance in-station than ever before.

JPEGs look great straight out of the camera with a nice balance of detail and noise reduction. 14-bit RAW images offer up to 13 stops of dynamic range, giving you plenty of room to lift shadows and recover highlights. Overall, Sony’s A7 IV delivers perhaps the best images of all its cameras, with an excellent balance of detail, high ISO performance and color accuracy.