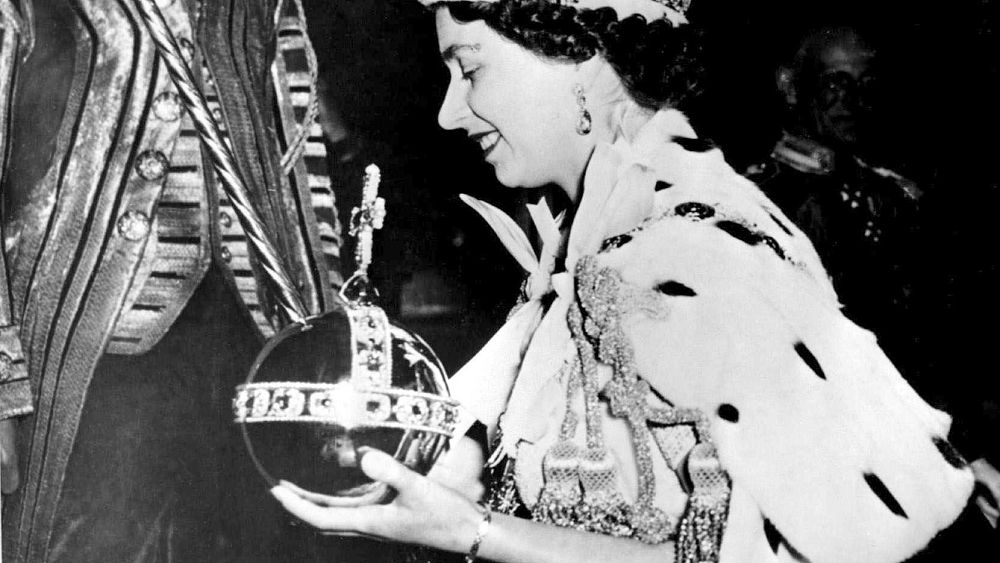 With the passing of Queen Elizabeth II, we lose the royal depicted in films and other media more than any other royal in history.

In part, the proliferation of Elizabeth II in the media is due to the length of her reign. Crowned in 1952, she 70 year period on the British throne endured the growth of film and television to become the major art forms of the 20th and 21st centuries.

But the late Queen’s close relationship with the media was in large part due to efforts on her part.

A life spent in front of the camera

of Queen Elizabeth II coronation in 1952 was the first to be televised live when broadcast on the BBC. It was also the first major event to be broadcast internationally.

Securing the footage of Elizabeth accepting her new title forced the RAF to fly the tapes on the first non-stop flight between Canada and the UK. Tapes were also flown to the United States and Australia.

Following his coronation, a documentary on the event, narrated by Lawrence Olivier was commissioned. 1953’s “A Queen is Crowned” was nominated for the Academy Award for Documentary Feature.

The queen was certainly the first media facing royalty. She saw television and film cameras as a way to connect with the Empire she had inherited.

A slight misstep was the family’s first attempt at a television series, documenting the normality of palace life. Commissioned by Elizabeth II, “Royal Family” followed the daily life of the family in 1969.

The intention was to humanize the family, with scenes of the Queen and other members playing sports, instruments and eating together.

The response was initially positive, with many praising the royal family’s down-to-earth portrayal. But others criticized the erosion of the post’s mystique. Ultimately, the family decided not to see the film again after 1977.

Nonetheless, the Queen continued to recognize the importance of appearing in front of the cameras which cemented her place above several other elements of contemporary British iconography.

She appeared in a short skit alongside James Bond, played by Daniel Craig, for the opening ceremony of the 2012 London Olympics.

Most recently, her last major media appearance was a skit to celebrate her platinum jubilee when she shared afternoon tea with Paddington the bear. These are two rare occasions to see her in a humorous role.

The most represented monarch in cinema

When Elizabeth II wasn’t on camera herself, she was more than likely portrayed by someone else.

Rare are those who have been represented as many times as her. But like many legacies, they begin in surprising ways.

The queen’s first cinematic portrayal was probably the 1971 X-rated parody film “Tricia’s Wedding” where she was played by Steven Walden in drag.

Since that inauspicious start, she has been portrayed by several impressive actors.

Jeannette Charles essentially made a career out of her resemblance to Elizabeth II. Just two years her junior, Charles has appeared in no less than 10 films as a monarch. More recently, she appeared in “Austin Powers in Goldmember” in 2002 and a guest appearance in the 2009 season of “Big Brother.”

Elizabeth II has been portrayed by many famous names in film and television, including Joanna Lumley, Jennifer Saunders, Penelope Wilton and Julie Walters.

But perhaps his most famous cinematic portrayal was as Dame Helen Mirren in 2006’s ‘The Queen’, depicting the fallout in the palace after of Princess Diana death. Mirren won an Oscar for her performance as Elizabeth II.

The Queen was also a regular character on British and international television.

It is a universally recognized truth that any TV show or movie in possession of good fortune must need a portrayal of Queen Elizabeth II. She has acted as a character in almost every British TV show, from Doctor Who to Thomas and Friends.

Probably the most famous of these is the ongoing Netflix series “The Crown”. Created by Peter Morgan, author of The Queen, the series chronicles the life and times of Elizabeth from the early days of her reign through the 90s.