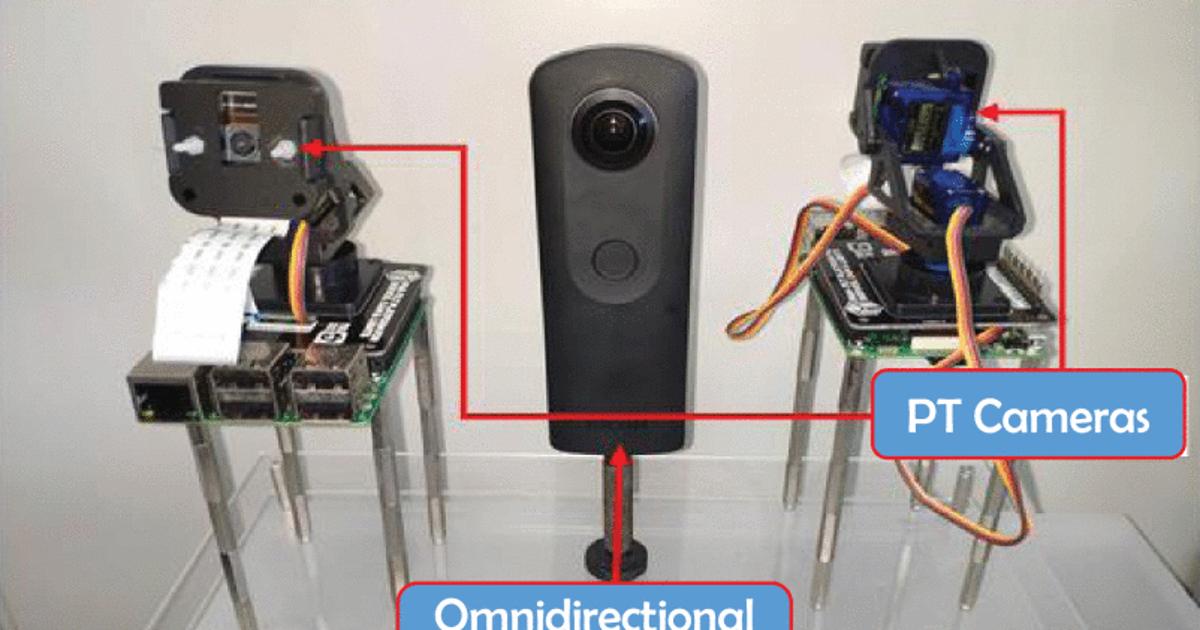 While 360-degree security cameras are great for imaging a large area, they’re not so great when you want to zoom in on something that looks suspicious. A new configuration solves this problem by combining three cameras in one system.

Currently under development at the Shibaura Institute of Technology in Japan, the experimental system incorporates a central Ricoh Theta S panoramic camera, as well as two conventional HD cameras located on either side.

If the 360 ​​degree camera was used on its own and someone wanted to zoom in on a detail in their shot, the resulting image wouldn’t be very good. This is due to the fact that because his field of vision is so wide, the image would become quite pixelated and distorted if part of it was significantly isolated and magnified.

The Shibaura system circumvents this problem via the two additional cameras.

When an item of interest is identified in the Ricoh’s shot, its location is transmitted to a Raspberry Pi microcomputer in the camera system – this computer in turn controls a servo that moves and / or tilts the camera. Affected HD, so that its shot is centered on a close-up of the targeted element. System users can then simply switch between Ricoh shooting and HD camera shooting.

An article on the research, which is led by Dr Chinthaka Premachandra and Masaya Tamaki, was recently published in IEEE Sensor Log.

Looks like Sony has finally killed the A-mount camera system