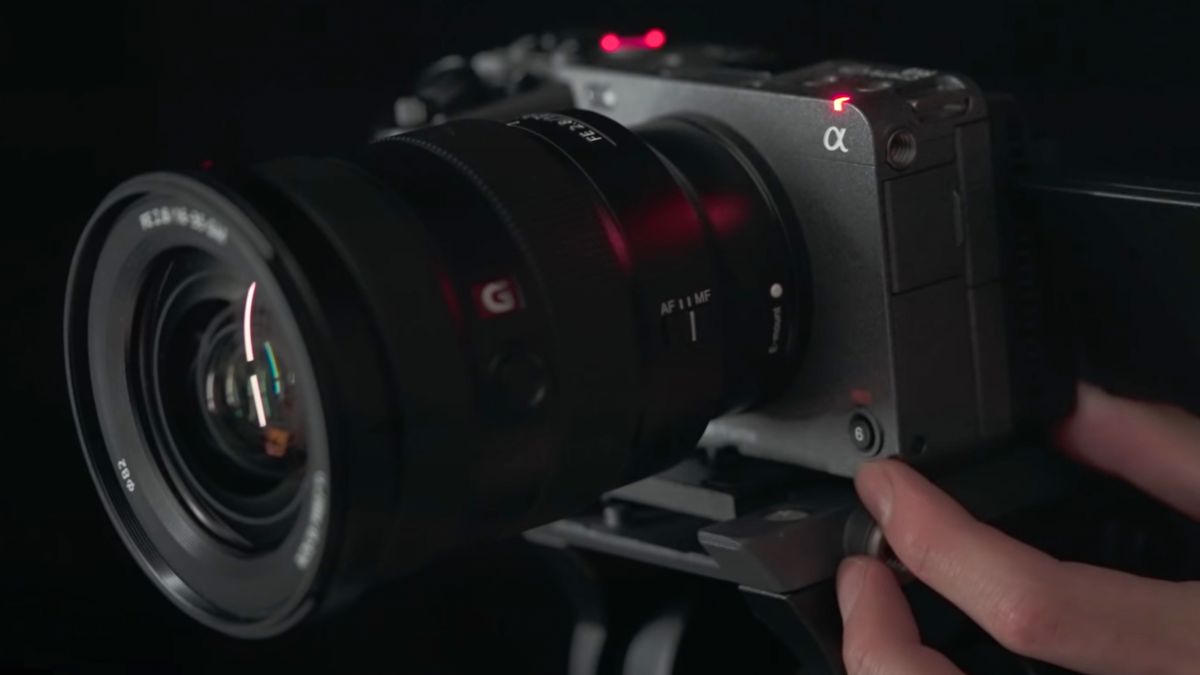 From Bridgerton to Resident Evil, Netflix is ​​home to a wide variety of movies and TV shows. But you might also have noticed that, regardless of subject matter, Netflix dramas often share a crisp, clean look. Why is that? One reason is the influence of what Netflix calls its “Approved Camera List.”

It’s a bit of a strange concept. After all, musicians don’t need to use Spotify-approved instruments to record albums for the streaming service. So why does Netflix feel the need to create its own list of cameras, and how does it decide which ones get picked? More importantly, should video cameras not on the list be immediately considered worthless and obsolete?

With a little help from Netflix, we’ve answered these questions and more in this explainer. The streaming service’s camera roster is constantly evolving – this week, for example, Netflix added the Sony FX3. This is an important new entry, as the FX3 is Sony’s smallest and cheapest cinema camera (although it still costs $3,899 / £4,200 / AU$6,149).

There’s no doubt that Netflix’s “Approved Camera List” has some of the best video cameras you can buy, but is it the ultimate solution for filmmakers looking to buy a camera? Let’s shed some light on the guidelines to find out.

Since 2018, Netflix has published a regularly updated list of cameras approved (opens in a new tab) that filmmakers must use to shoot “90% of the total length of a program” on Netflix productions. At the time of writing, this list contains 50 cameras from Arri, Canon, Panasonic, RED, Panavision, Sony and Blackmagic.

Does that mean every movie or TV show you watch on Netflix was shot with one of these cameras? Not enough. The streaming giant has confirmed to us that the cam list is for Netflix productions only — in other words, only the shows you see with the “Netflix Originals” badge, like Stranger Things, The Crown, and Money Heist.

The rest of Netflix’s library was shot with the cameras the directors liked (or perhaps, could afford). That’s why we’ve seen several movies, like Tangerine and High Flying Bird, appear on the platform despite being shot entirely on iPhone.

There’s no doubt that Netflix’s list of approved cameras leans towards the high end. But in recent years we’ve seen some interesting compact models added to the guide, including the Canon EOS C70, the Panasonic Lumix S1H and, more recently, the Sony FX3 compact.

Not all of them are full-frame cameras either – the Panasonic DC-BGH1 ($1,998 / £1,899 / AU$2,999) earns a spot despite its relatively small Four Thirds sensor. This again proves that sensor size isn’t everything, even when shooting high-end Netflix shows that are watched by millions.

Why does Netflix have a list of approved cameras?

As interesting as Netflix’s cam list is the larger question of why it has a list in the first place. After all, while networks and distributors often have technical guidelines for TV shows and movies, they rarely dictate the actual cameras that can be used to make them.

Netflix answered this question (sort of) in a recent video (opens in a new tab)it’s like a VH1 ‘Behind the Music’ episode for camera nerds. In the video, Kris Prygrocki (Netflix Camera Systems Specialist) says, “One of our biggest priorities as a studio is to help our filmmakers do their best work. We want our filmmakers to feel un only enabled, but also encouraged to use the latest and greatest capture technologies to tell their stories”.

Since most filmmakers probably don’t need Netflix to tell them about the latest camera technology, that’s really only half the story. The other half is that of consistency and strict quality control, which is understandable for Netflix’s own content – ​​even if outwardly it feels like weird Apple-like control.

After consulting with filmmakers, Netflix admitted that a high-end film camera isn’t always the best tool for the job. As Kris Prygrocki explains: “Because we have such high standards, it is difficult for specialized systems such as a drone, a fixed platform, a pan-tilt-zoom camera, an action camera, even high-speed cameras to meet our specifications”. These minimum specs include a 4K UHD sensor, 10-bit color depth, and raw recording, which are often beyond the budget of video cameras.

“Despite some shortcomings, these specialized cameras offer many features that our approved cameras do not,” he adds. “We realize the importance of being able to use them in certain situations when absolutely necessary to achieve creative intent. That’s why on all of our original productions we include an allowance for unapproved camera use if needed. “.

This allowance is only about 10% of the show’s final runtime, or a bit more for non-fiction content. But interestingly, Netflix also provides a list of frequently used and unapproved cameras, which includes the iPhone 12 Pro, GoPro Hero 9 Black, and most of DJI’s own-brand cameras for its drones.

While these much more affordable cameras will likely never make it to the final approved list, they’ve likely been behind some scenes you’ve watched on Netflix.

How does Netflix decide which cameras make the cut?

Netflix has built the video camera equivalent of DxOMark’s smartphone testing labs to determine which models deserve its stamp of approval. According to the streaming giant, it’s about much more than just resolution. “The most common misconception is that the only requirement we have for cameras on our approved list is 4K capture,” says Kris Prygrocki.

“While capturing at a higher resolution is certainly important for image quality, we know that’s not all,” he adds in the video. “Other equally important criteria for image quality would be dynamic range, color reproduction, noise performance, sensor read speed, compression, Chroma subsampling, bit depth , etc.”

To grill the cameras on these, Netflix uses standardized tests such as OECF (Opto-Electronic Conversion Function) graphs, but would like to point out that it does not rely on one type of test. Or, indeed, image quality tests alone. “We don’t develop these specs in a vacuum behind closed doors,” says Kris Prygrocki. “All of these requirements are based on years of experience in industry feedback. Surprisingly, a lot of the feedback we get isn’t actually about image quality,” he adds.

“That’s why during our camera reviews, we also look at things like system stability and reliability. Does it have good thermal management? Will it overheat or professional film set? Are we going to have to deal with image corruption or data loss all the time? he said.

This explains why some small capable cameras like the Canon EOS R5 – which has overheating limits – don’t make the list, despite being able to shoot impressive 8K video.

Should you only buy a Netflix-approved video camera?

If you’re a professional filmmaker tasked with shooting a Netflix Originals production, then yes. But for the vast majority of people? The answer is no. Netflix’s camera list is a fun but incomplete look at the kind of professional video tools out there, with plenty of great options that don’t stand out due to technicalities.

For example, we think the Blackmagic Pocket Cinema Camera 6K Pro is one of the best video cameras you can buy, but it’s not on Netflix’s list due to its lack of a dedicated timecode input. Similarly, there are plenty of great mirrorless cameras like the Fujifilm X-T4 and Sony A7 IV that shoot great video, but simply lack the technical qualities to be an A-cam on a Netflix set.

Still, something worth watching – arguably more than the cam list itself – is Netflix. best practice guidelines (opens in a new tab). They contain good tips for maximizing image quality (for example, using the GoPro ProTune Flat profile on its action cameras), which is always a good habit to develop.

And who knows, once your movie is done and you’ve followed all the guidelines, maybe one day you’ll sell it to Netflix – then use the profits to buy one of its most expensive cameras. illustrious “approved” list.