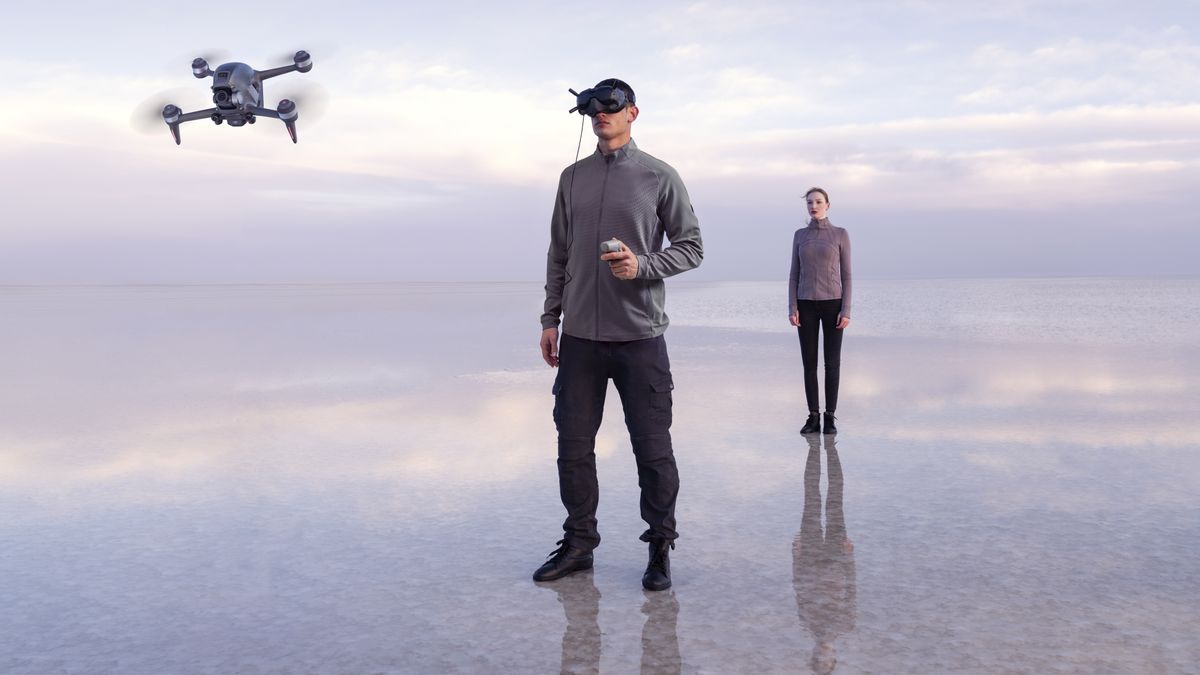 It can be said that drones as we know them were born at CES 2010. Apple’s App Store had not celebrated its second anniversary, and the Parrot AR Drone took the opportunity to put the controls of a quadcopter – and video output – in the hand. During this time, we have seen a lot of changes, quickly. Sports, photography, videography, delivery and more have all been affected by quadcopters alone, ignoring even the broader definition of the word “drone” to refer to any remote-controlled aircraft.

The pace of change does not appear to be slowing down either; on the contrary, the tight restrictions imposed by regulators like the FAA and CAA – which did not function well at first – have only further accelerated developments. So what comes next? We’ll cover a few specific models in a moment, but first some broader trends:

The prospect of drone delivery sparks moans among long-term industry watchers, but it could really be a thing in 2022, but it still won’t be Amazon Prime Air (which only offers layoffs, and more. of 100 of them).

Instead, a company called Manna has created a platform comparable in terms of experience to Deliveroo or Just Eat and it is already operational in Galway. The drones are piloted autonomously with an average delivery time of less than 3 minutes. An operator at the base monitors up to 20 aircraft at a time. From there, the company will be able to expand to European countries and – soon – to Canada, although they say the FAA’s regulatory structure is more problematic.

That didn’t stop North Carolina-based Flytrex from adding an additional kilometer (10,000 homes) to its test area. With a similar model – in partnership with food delivery – the company was able to deliver up to eight burgers per flight and found the pandemic had boosted demand.

More importantly to the world at large, the company worked with the FAA to develop the rules on unmanned traffic management (UTM), and the UTM is something that all drone pilots – especially photographers and videographers – will have to monitor closely. Why? Because the business world is really looking to fill the skies with delivery robots and flying taxis; Joby aviation has already carried out 1,000 test flights of its Tokens-like an electric flying taxi, and aim to gain FAA approval in 2024 to begin commercial service from downtown locations such as rooftops and adapted parking lots.

Also in the UK, plans have been approved for the construction of the first urban air port in Coventry (with support from car maker Hyundai). The first test flights are expected to start in 2022.

All of this means that drone pilots on both sides of the Atlantic are now confronting not only the exaggerated security fears of technophobes, but also the interests of large-scale commercial use. The difference is that UTM should mean pilots can claim airspace at the push of a button – from the last 120m (400ft) of airspace, which is why UTM will be a growing problem. Expect to learn more about an Open UTM service standard that is being finalized.

Expect to see a growing battle over potentially useful technology; drone on 4G / LTE. DJI offers a 4G dongle for its new Mavic 3, and the previously announced Parrot Anafi AI uses built-in 4G connectivity to support BVLOS (Beyond Visual Line of Sight) operation. Both planes have obstacle avoidance systems that allow them to plot more efficient routes to continue their mission (or RTH, in the case of the Mavic).

The advantage of 4G is the transmission over relatively low frequency bands, for a longer range; there are obvious advantages to services like first responders who want to have an eye on the ground before vehicles can get to the scene. There are also potential benefits for the drone supplier; Anafi AI users add a 4G SIM and their communication takes place via an encrypted cloud operated by Parrot. Not only should we expect to see more servers like this in the future, but it’s worth remembering that there are many cloud operations that generate a net profit on subscriptions.

The category less than 250g

Autel’s announcement of its EVO Nano drone – weighing less than 250g and featuring a 48-megapixel camera with 0.8-inch sensor – suggests real competition in the lightweight category. Of course, this is not news; the drone was announced in September, but still hasn’t been seen in the wild (a cynic might note that the timing conflicted with some of DJI’s announcements).

Whatever the reason, Autel has a history of early announcements and shipping delays, but watches in the industry are now expecting the Nano to ship in February 2022, giving it a lead time of a few months against… well… keep reading.

As a dominant brand in the drone world, DJI’s product pipeline is always interesting. With the previous hot topic, the Mavic 3, finally revealed (and especially once it finally wins ActiveTrack in the firmware update promised in January), what else will happen next?

According to a leaked roadmap, the next new drone will be a new Mini 3 around April 2022; this makes sense as the Mini range has received regular updates since its inception, in part due to the higher level of competition in the market for consumers under 250g. We hope to see crash sensors introduced.

There is also the possibility of a Mini FPV, which would be an interesting prospect. The company’s first foray into this market, the DJI FPV, while being a great device, comes at a price that’s too high a hurdle for many and a weight that makes the game risky. A smaller, lighter version of that – learning something from avid “cinewhoop” drones – might have a much wider appeal.

The other drone on the leaked plane – albeit towards the end of 2022 – is the Inspire 3. The Inspire 2 was announced in late 2016, so there is a lot that could be updated in the cell, but it must be remembered that the camera is a separate detachable unit which hangs under the drone itself and can rotate independently. DJI has maintained and updated the Zenmuse camera series – which can also be paired with the enterprise-class Matrix series, and many professionals would probably wish to not update their cameras or lenses.

It seems implausible that the iconic bird of prey design will be scrapped, but the flying crane needs a more modern remote controller and better battery life (the current flight time of 23 minutes with the Zenmuse camera X7 compares poorly with a Mavic 3). Does this mean that the heavy and expensive TB50 battery system needs to be refreshed? With a bit of luck. The pilot’s FPV camera would benefit from better resolution and a larger sensor, and rear crash sensors would be expected at a minimum. The drone can already reach 67 mph, but that could improve; we cannot imagine that the takeoff weight is much lower than the existing 4250g. If the same hull is kept, it is hoped that the natural lifting point at the fuselage arch will not be sharp enough to cut off a finger.

On a slightly disturbing note for the company, DJI will also face the implications of being added to an investment and export blacklist by the US Department of Commerce; this follows its addition to the US Treasury’s “Chinese Military-Industrial Complex Enterprises” blacklist. Although US investors are not allowed to take a stake in DJI, what this actually means is subject to debate; other companies on the list have had to delay their IPOs, but DJI’s money is already flowing and there does not appear to be an immediate risk that the products will disappear from shelves in the United States or elsewhere. This could however explain the upward trajectory of prices.

The evolving US and Europe / UK rules

The only constant here is change, but the FAA looked into AC 91-57C, the document that authorizes recreational operations, after accepting comments last summer; this update pending the existing FAA rules (which have been in place since May 2019).

In the EU and UK, many drone pilots will seek an A2 proficiency certificate, as so-called ‘legacy drones’ – including popular models over 250g like the Mavic series – will have need this qualification to fly within 150 m (500 feet) of a congested area. The new weight levels are in full effect by the end of 2022, and even now you must get your flyer ID before you start flying outdoors (see CAA site).

UFOs and ghosts filmed in Black Country, Shropshire and Worcestershire

Ready for the camera for the big game – Indianapolis Monthly 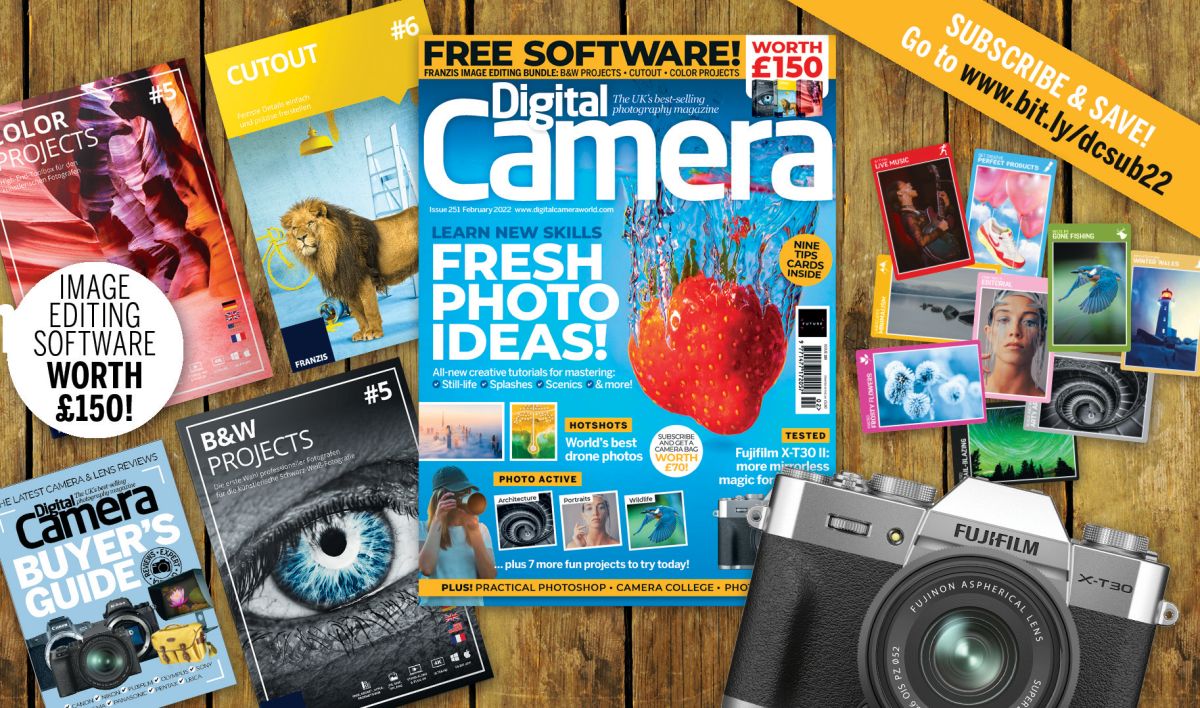